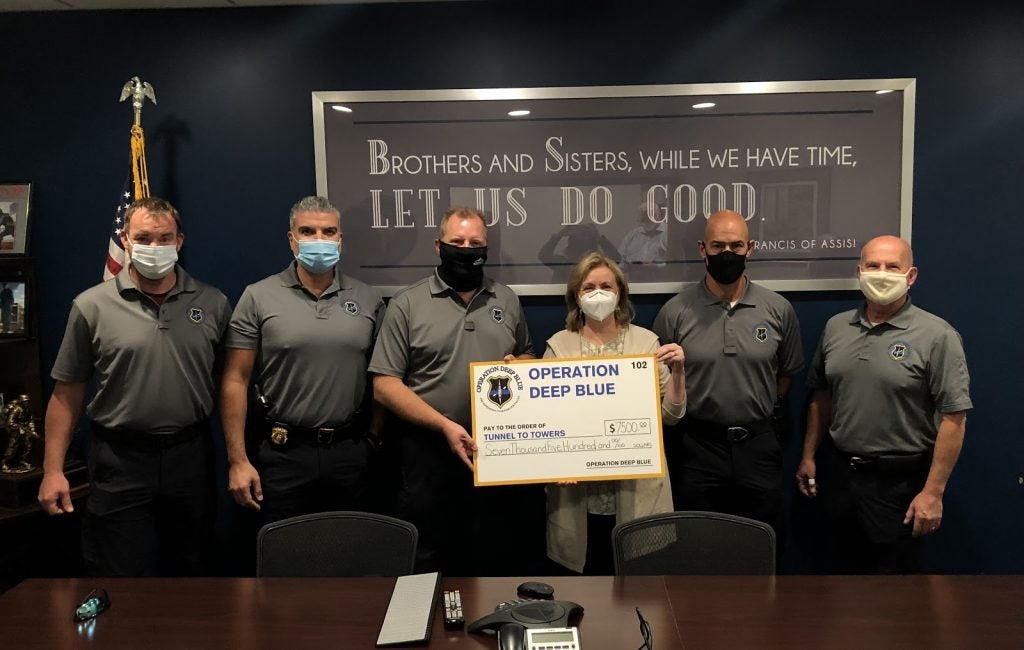 In one moment with his daughter, Thomas Hauck says, Operation Deep Blue was born.

“We started in May 2017. I typically rode in the Police Unity Tour, and my daughter, who was 11 at the time, came with me to a fundraising class at a local spin bike studio. After, as we were leaving, she said, ‘Dad, why are you doing this on a bike? You love to sea kayak, so why don’t you just do it in your kayak?’ That’s what got the whole idea going.”

Operation Deep Blue is an annual long-distance sea kayak expedition, designed to raise awareness of first responders and military service members who have lost their lives in the line of duty, while raising funds for surviving family members and related charities. This year, they opted to fundraise for Tunnel to Towers. 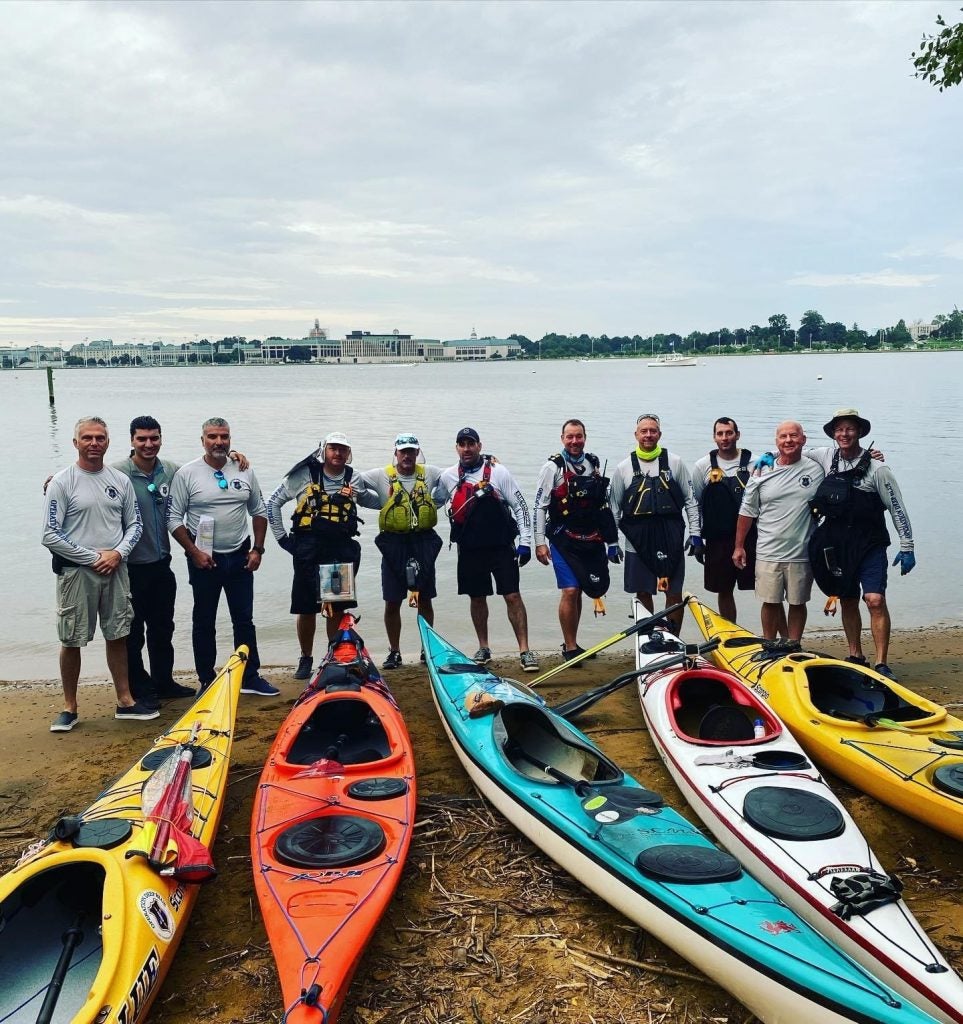 Each summer, Operation Deep Blue’s team of active, retired and former law enforcement officers and military service members kayak 225 miles over the course of 8 days, from Pennsville, NJ to Washington, DC. Their 2020 team included five ground crew members and seven kayakers, who each paddled up to 10 hours a day.

The conditions can be challenging, to say the least. “As we bring in people, we tell them – at least one day, if not more than one day during tour, there’s going to be a day where you’re just like, ‘what am I doing here?’ It’s really grueling,” Thomas says. “Each of us selects a specific hero to honor. I paddled for NJ State Trooper Billy Fearon this year. He died from complications from working at Ground Zero for an extended period of time. We have placards on our backs with their pictures, their agencies, their End of Watch. It gives it a personal touch for the team out there, to keep you going. You’re like, ‘I’m tired today, but I know that Billy would kill to sit in my seat.’ That’s a way to keep everybody focused and keep them digging in.” 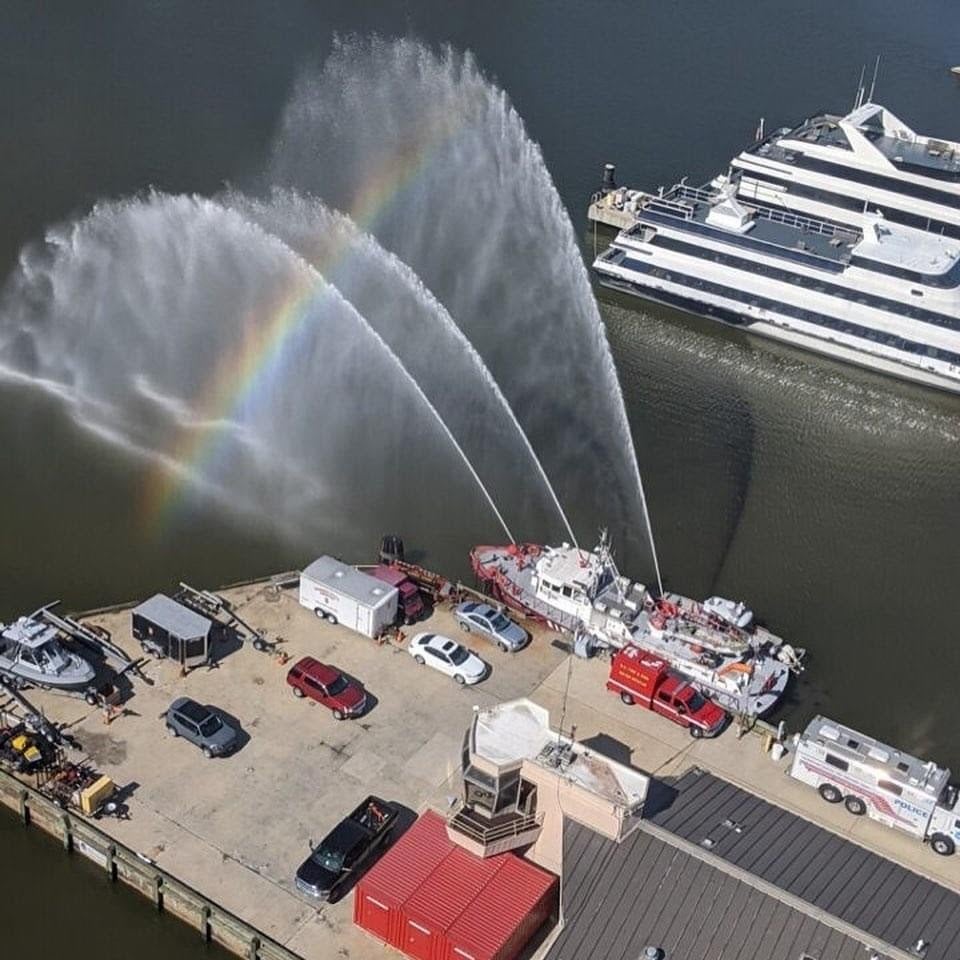 To prepare for their journey, the team trains all year, even in the freezing winter months. They’re assisted by Marshall Seddon, a certified kayak instructor and guide and owner of River Connection in Hyde Park, NY. Safety boats travel with the team along the entire route as an extra precaution.

The team was blown away by the welcome they received upon their arrival at the Wharf in Washington, DC.

“We had over 100 people at the landing ceremony,” recalled Charlie Atie, Vice President of Operation Deep Blue. “Surviving family members, the DC Police Chief and Fire Chief, the Honor Guard. Six police boats escorted us in, the Fire Department was shooting water out of their station. It was a very warm welcome. For the kayakers, it was a sense of accomplishment and fulfillment there as well. All that hard work was rewarding in the end.”

If you are interested in volunteering or participating in Operation Deep Blue’s 2021 expedition, you can visit operationdeepblue.org.