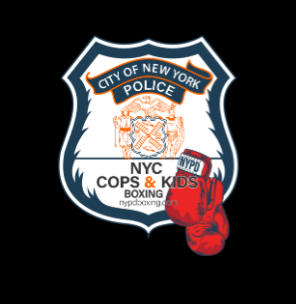 On September 10, 2022, 21 years after the world changed forever, first responders from all around NY flocked to the Staten Island University Hospital Community Park for  First Responders Unite for FIGHT NIGHT, a boxing match which benefited the NYC Cops & Kids Program and the Tunnel to Towers Foundation. The event was organized by NYPD Boxing team. Tickets for the event were able to be purchased here. Boxers from various first responder and public safety agencies from all around New York City will came together to fight for kids. Tunnel to Towers received a $30,000 donation from the event. 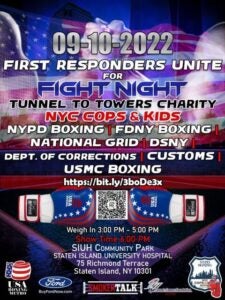 Fighters from the NYPD Boxing club, the FDNY Boxing Club, the National Grid Club, the Department of Sanitation (DSNY) Club, Department of Corrections Club, U.S. Customs Club, and USMC Boxing Club descended on the stadium in Staten Island. Gates opened at 3PM for a weigh in, and the first fight was scheduled for 6PM right after the opening ceremony. The event was also live streamed. The first 1,000 attendees received an American flag to wave around during the evening’s matches.

The NYC Cops & Kids Program has been running for over 30 years as a critical part of the NYPD’s community policing initiative. Neighborhood Coordination Officers, known as NCOs, worked to solve issues plaguing communities around NYC like gangs, drugs, and more. After NYPD Officers arrested recidivist criminals, there were still not enough places for children and the youth to safely live out their childhoods in these neighborhoods, and thus the NYC Cops & Kids Program was born. The NYC Cops & Kids Boxing Club is a privately funded, free youth mentoring and boxing program for kids aged 12-21.

Pat Russo is a retired NYPD Sergeant and also the President and Founder of the NYC Cops & Kids Program. He joined the NYPD in 1984, and retired in 2000. During his tenure in the police department, Pat worked in Brooklyn’s toughest neighborhoods. While working in Brooklyn’s 72nd precinct he was part of a pilot project called Community Policing. From 1984-1988 Pat and a group of cops established the 72nd precinct’s Sunset Park Cops & Kids Program. They founded it as a crime prevention program to give inner city youth a positive alternative to gangs and drugs. In 1988, Russo was transferred to Brooklyn South Narcotics and was assigned to investigate drug gangs within the area covered by the 7nd precinct. In 1990, Russo was promoted to Sergeant and was subsequently transferred back to the 72nd precinct as a community policing supervisor.

On 9/11, Pat was in Staten Island, NY inside a voting booth when he overheard an Officer’s radio who was stationed to work the polls that day. He heard that a plane hit one of the Twin Towers. He rushed home, turned on the TV and saw the second plane hit. Pat was already retired, but he needed to jump into action and help the first responders facing the emergency at Ground Zero. Shortly after, he received a call from NYPD Police Headquarters requesting that he and other retired members of the NYPD head down to Ground Zero to respond. “That was a terrible day in the history of America,” said Pat, “which is why we better never forget the people that we lost, and never forget their families.” 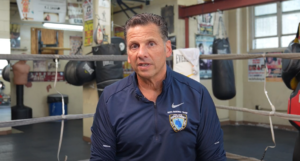 He has made it his mission to provide safe environments for NYC’s youth population in underserved neighborhoods, while also honoring the heroes who have made the ultimate sacrifice. “We do this to do good and to never forget the lives we lost on 9/11, and to never forget the families of those who we lost in the line of duty,” said Pat Russo. “The most rewarding part for me is watching kids who grew up participating in this program through their youth who end up taking the NYPD entrance exam, pass, and are then sworn in as cops.” The NYPD Cops & Kids Program has saved kids by providing a safe and positive environment for them to thrive. Upon retiring in 2000, Pat became the Director of the NYPD Boxing team, and they took over the NYC Cops & Kids program. “I’m still involved because I truly like what we do,” said Pat. “No better feeling in the world when a kid from the program comes back as a man, embraces you and says, “Thank you.” 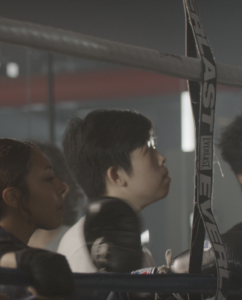 Protecting and serving the needs of vulnerable children is a cornerstone in our mission to do good and to never forget. NYC Cops & Kids is an organization of cops fighting for children, and Tunnel to Towers is ensuring protection for the children who have tragically lost their parents that laid down their lives for our communities and our country.

In attendance were NYC Cops & Kids President Pat Russo, Assemblyman Michael Cusick, Congresswoman Nicole Malliotakis, NYCHA Chairman Gregory Russ, and NYPD Chief of Patrol Jeffrey Maddrey. The new fitness center will be a place for kids in the Berry Homes and in the neighborhood to have a safe space exercise and be a kid. “Our goal is to open a gym in every borough,” said Pat. The New York City Housing Authority (NYCHA) provides the space rent-free, and the gym is free for kids up to age 21. The eight-year-old Dongan Hills boxing program attracts about 200 participants, with 40 to 50 showing up daily. 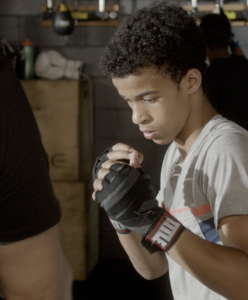 The fitness center’s boxing coaches are all NYPD Officers. These positive interactions between members of the NYPD and the youth builds the relationship between the community and the NYPD. 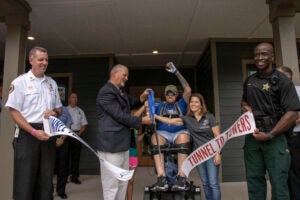