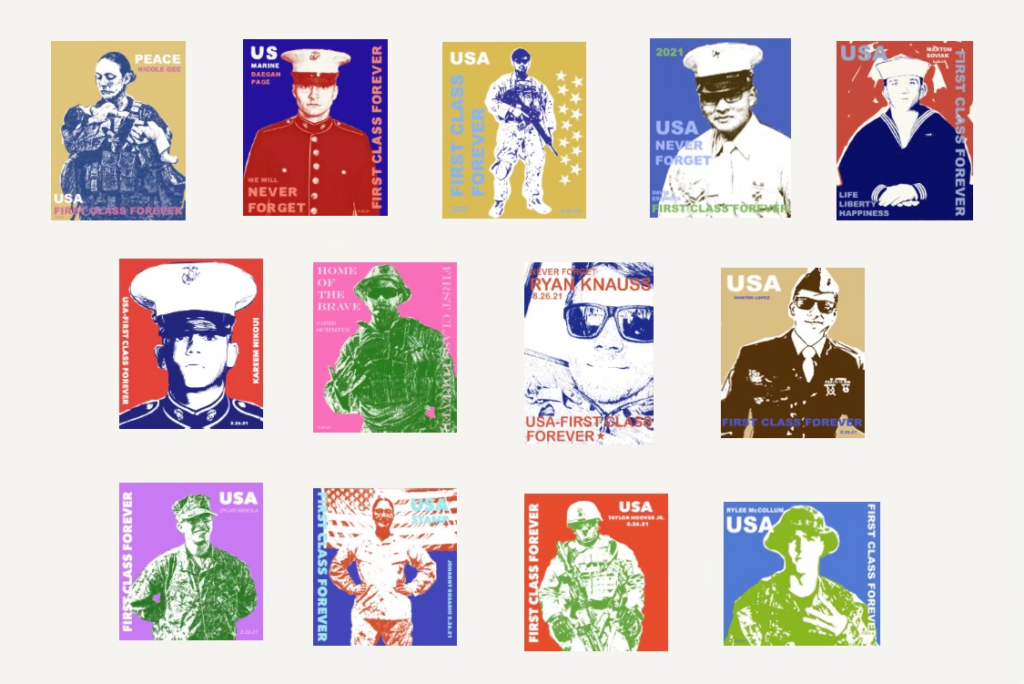 Artist Lynn Mara is an expressionist painter from Long Island, New York who created the First Class Forever prints series that honored the 13 military service-members who were tragically killed in Kabul, Afghanistan during the withdrawal of U.S. troops on August 26, 2021. 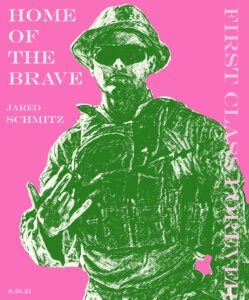 Lynn’s artistic style is characterized by her use of big and bold colors, and she is most influenced by the Pop Art movement. She was born and raised in Southampton, Long Island, an area on the far east end of New York that drew in many famous American artists Jackson Pollock, Roy Lichtenstein, Fairfield Porter, and Andy Warhol who was at the helm of the Pop Art movement. As a young child, Lynn received lessons from artist Jane Dorscher on South Main St. who was also neighbors with artist Fairfield Porter. She was constantly surrounded by these artists and their work growing up, and their influence is reflected in her art today. 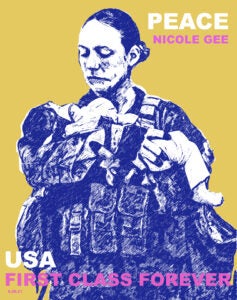 Lynn shared a fond memory about family friend and artist Jack Riggio—“Jack encouraged me to paint one day when he sent me home from his studio with some of his palette knives and canvas,” she said. “He told me to loosen up and just have some fun, and I did just that.” This was a pivotal moment that led to her blossoming into a renowned artist.

When news broke of the tragedy of the 13 young American soldiers killed in Kabul, Afghanistan Lynn felt a flood of emotions that overwhelmed her. “I felt as though I had lost one of my own”, said Lynn. “It was a breaking point, a moment of holy discontent.” It was at this moment that she knew had to do something. That same night, she began working on the portraits digitally and studied every detail on each one of their faces intently. “I felt as though I literally held each of their faces tenderly in my hands,” said Lynn. “They became very real to me. I grieved for their families and prayed for them every day.” This collection of digital portraits is appropriately titled First Class Forever, which is inspired by the first class U.S. stamps used on letters of high priority. 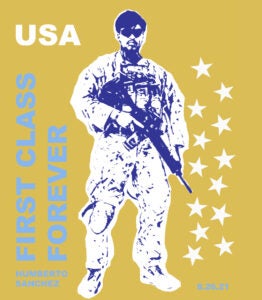 Lynn first heard of the Tunnel to Towers Foundation when she saw one of our PSA’s on TV. She admired Frank Siller, CEO and Chairman of Tunnel to Towers, for his leadership of the organization in our efforts to do good. Tunnel to Towers is the preeminent 9/11 charity organization that was founded from the tragedy of that day to honor the sacrifice of the Fire Department of New York City (FDNY) Firefighter Stephen Siller who gave up his life to save others on 9/11.  Tunnel to Towers’ mission is to do good in honor of Stephen’s sacrifice, and to honor the sacrifices of our heroic military service members and first responders who have made supreme sacrifices in the line of duty by risking life and limb in protecting our communities and our country. Tunnel to Towers developed the In the Line of Duty Program which provides mortgage-free homes to our nation’s catastrophically injured veterans and first responders that are specially modified for their mobility needs, as well as mortgage-free homes to Gold Star and Fallen First Responder families with young children.

Lynn spoke with Frank the day before her FOX special on America’s Newsroom, and it was from this conversation that she was touched by the great work done by our organization. “I am committed to whatever we can do to help Tunnel to Towers do good going forward,” said Lynn. 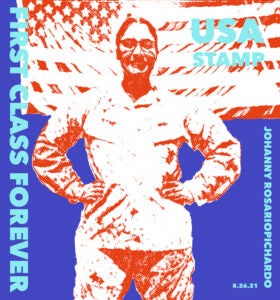 Lynn Mara’s First Class Forever print series is available to purchase at Tunnel to Towers’ official online store at shop.t2t.org. The Tunnel to Towers Foundation is extremely grateful to Lynn Mara and we are honored to have her join us in our mission to do good in to support America’s heroes and their families.