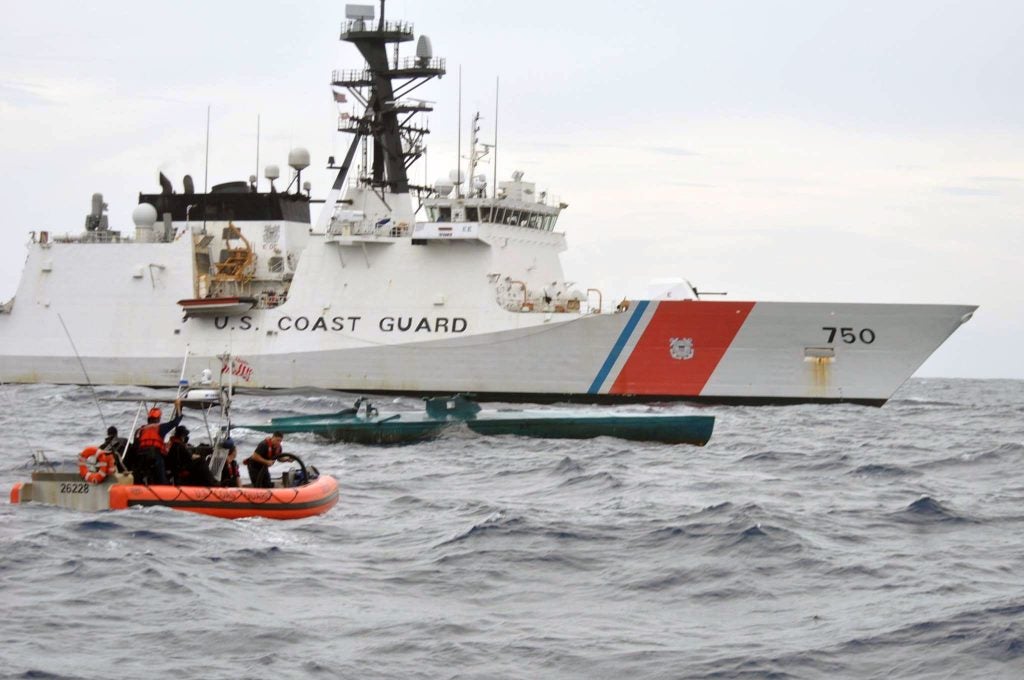 On behalf of the United States Coast Guard please accept my heartfelt THANK YOU for the generosity demonstrated by the Tunnel to Towers organization to the family of our fallen shipmate Chief Warrant Officer (CWO) Michael Kozloski. Through the purchase of the Kozloski’s home in Florida, you have eased a tremendous burden on the family, and her brother Chief Petty Officer Ray Coleman, as they continue to adjust to life without Michael.

I hope you will be pleased to know that the Coast Guard’s special connection to New York City and those who gave the ultimate sacrifice on 9/11, and their families, continues to this day. This past November, I had the honor of unveiling the names of two of the Coast Guard’s forthcoming Fast Response Cutters, the JEFFREY PALAZZO and the VINCENT DANZ, at a ceremony with Mayor De Blasio, then Commissioner of the New York City Police Department James P. O’Neil and Chief John Sudnik of the New York City Fire Department. Firefighter Palazzo and Police Officer Danz were both Coast Guard Reserve Petty Pfficers who died while responding to the 9/11 attacks on New York City.

Again, thank you and Tunnel to Towers for this tremendous gift and generosity. The United States Coast Guard is truly grateful for everything the organization does for our nation’s Gold Star families, and the families of our Nation’s First Responders. Semper Paratus! 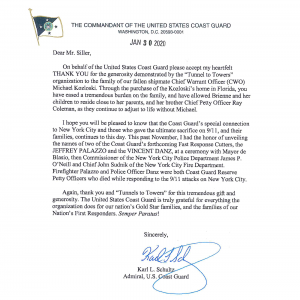