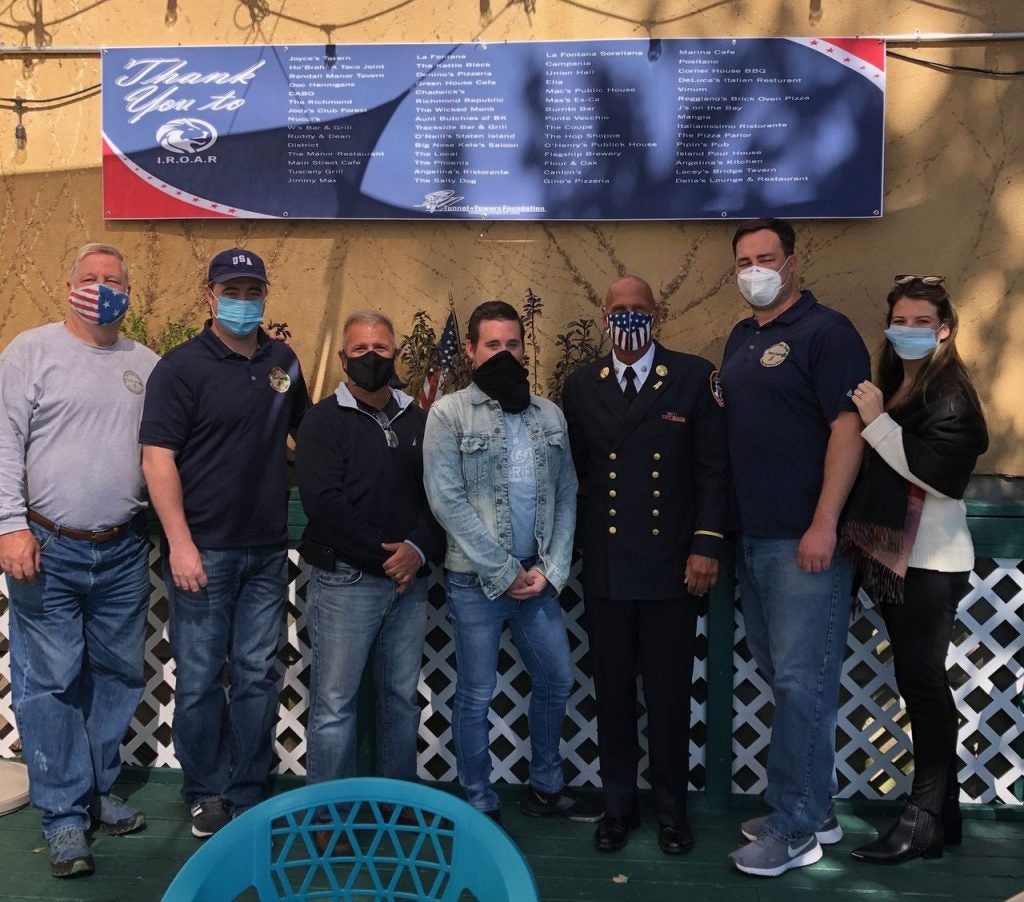 IROAR Supports Tunnel to Towers with “Dine Out to Remember”

IROAR held their first annual “Dine Out To Remember” fundraiser on September 11, with dozens of member restaurants earmarking proceeds for Tunnel to Towers.

IROAR’s member restaurants were inspired to fundraise for Tunnel to Towers after the Foundation announced it’s 9/11 Reading of the Names ceremony and ‘Towers of Light’ tribute at the Pentagon and in Shanksville, Pennsylvania.

“As we approach September 11th, the Tunnel to Towers Foundation is committed to ensuring all Americans NEVER FORGET the sacrifices made for us that day. We are doing all we can to honor the 2,977 lives lost nineteen years ago through our ‘Towers of Light’ tribute and our September 11th memorial ceremony. It is so encouraging to see the small businesses in our community, the member restaurants of I.R.O.A.R., stepping up to honor these souls in their own way, and we thank them for their support,” Tunnel to Towers Chairman & CEO Frank Siller said at the time of IROAR’s fundraiser announcement. 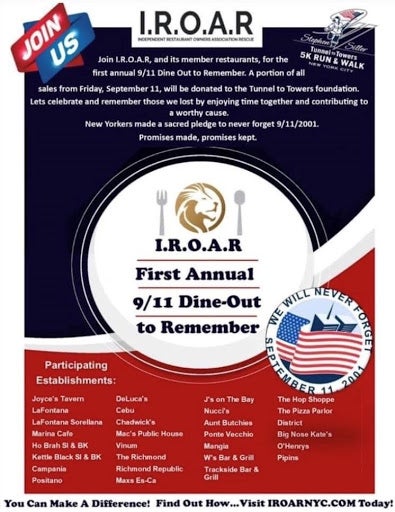