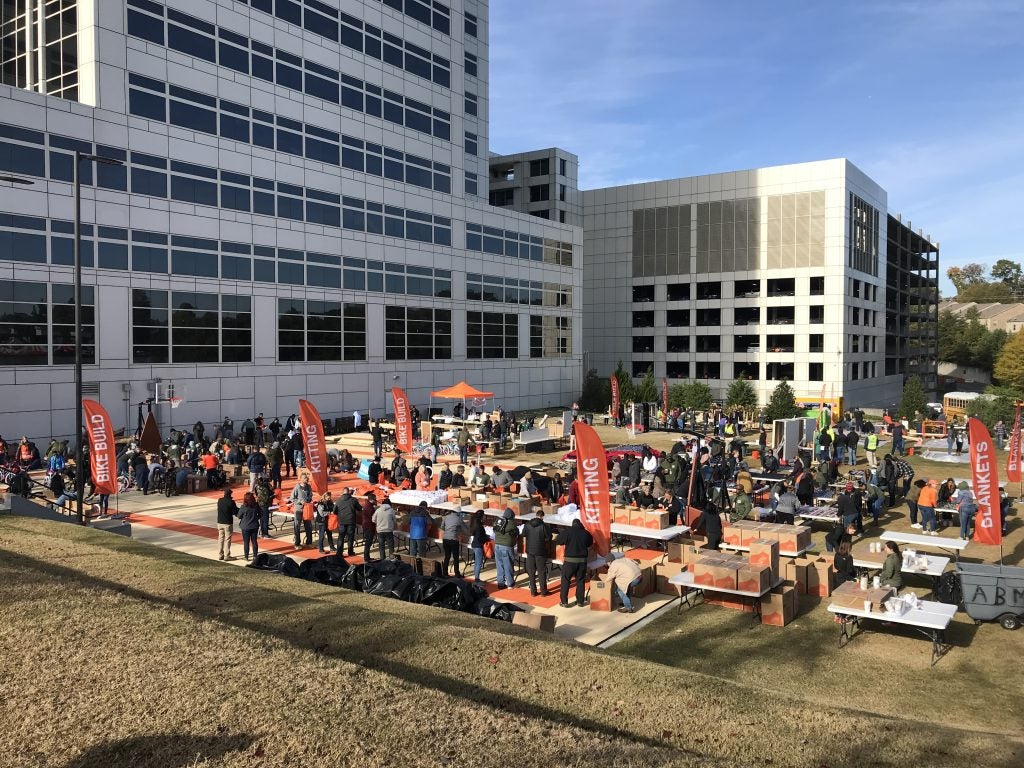 In September, The Home Depot Foundation kicked off its 8th annual Celebration of Service season, ramping up a year-round support of veterans worldwide.

The Home Depot Foundation is a long-time partner of the Stephen Siller Tunnel to Towers Foundation. Team Depot is an associate-led volunteer force, working to complete projects for aging, combat- injured and homeless veterans. The Home Depot Foundation temporarily trades in their trademark orange for military green to honor and applaud the servicemen and servicewomen who have served us all during Celebration of Service, which runs from September to Veteran’s Day each year.

The final event of The Home Depot’s Celebration of Service season occurred at headquarters this year on November 8th in honor of Veteran’s Day. Some of the Tunnel to Towers team joined thousands of Home Depot employees for this daylong event, making blankets and care kits for homeless veterans, building bikes and furniture for military children, and beds for service dogs.

Tunnel to Towers is honored to partner with a Foundation so closely aligned with our own mission. The Home Depot Foundation has been invaluable to the success of our programs.

Learn more about how Tunnel to Towers and The Home Depot Foundation work together.