Each and every year, the annual Tunnel to Towers 5K Run & Walk in New York brings about a multitude of heartwarming scenes. The 2017 event was no different. There were nearly 2,500 spirited West Point cadets running in unison, firefighters from all over the world, a large group of injured service members, and, of course, the annual contingent of flag bearers commemorating the first responders who lost their lives on September 11, 2001 or succumbed to 9/11 illness.

While the aforementioned are long-standing T2T traditions, the sight of a firefighter on bended knee, carrying out a marriage proposal just before the finish line, is a unique one! But, that’s exactly what a Parma-Sandstone Township (Michigan) Fire Department member did on the morning of September 24, 2017.

Tony Cruz and Melissa Parsons met in choir class at Holt High School in the 1990s. Like most high school romances, their time together was short-lived. The two went their separate ways, grew apart, and lost touch. Sixteen years later, through divine intervention (actually it was one of those “people you may know” on Facebook!), Tony and Melissa were reunited. They got together a few weeks later, hit it off like they’d been in constant contact, and fell in love.

Like nearly all relationships, theirs had its typical ups and downs; work, family obligations (Cruz has two daughters and Parsons has one) and Tony’s battle with cancer. “I fought cancer, and there she was, always fighting right beside me,” Cruz said. “At times I think she was doing the fighting for me because I was too tired and weak. I knew in my heart I would never find a better woman to be my rock, my co-pilot, my counselor, and my best friend. I knew in my heart I had to make her my wife.”

Before signing on with the Parma-Sandstone Township Fire Department, Cruz served as a volunteer firefighter and community education coordinator with Windsor Township Emergency Services and as a member of the Michigan Department of Corrections Emergency Response Team and Absconder Recovery Unit.

Cruz’s introduction to the Foundation took place when he was contacted by Jan Ganzel, a Blackman-Leoni Township public safety officer who now serves as Tunnel to Towers volunteer race director in Jackson, Michigan. Cruz had been planning to hold an event for firefighters in his county. The two men decided it would be best to combine their efforts and host one big event.

Cruz doesn’t hide the fact that running isn’t his thing. In fact, when he saw flyers for the T2T Run & Walk event, he was disinterested. But, when Ganzel shared Stephen’s story with him, Cruz knew that he had to pay his respects to Stephen and to all his firefighter brothers who lost their lives on 9/11.

While taking part in the Jackson event, along with one of his daughters, his parents and Parsons, Cruz had an epiphany, so to speak. Upon seeing the images of the 343 firefighters who perished on 9/11, Cruz knew he had to go to New York and stand on the hallowed soil where these heroes made the ultimate sacrifice.

Cruz knew that being among the tens of thousands who participate in the annual NYC event was going to be a thrill beyond comprehension, but he had also decided that this would be the moment. He would not cross the finish line until Melissa Parsons had agreed to become his partner for life. He decided it would be highly appropriate for this amazing woman to be proposed to on the streets of New York in the shadow of One World Trade Center!

“The best part was that she had no idea it was coming,” Cruz said. “She admitted that she had resigned herself to the notion that we were a good fit and probably wouldn’t ever actually get married. She was so shocked that she didn’t really hear what I said, but me kneeling and holding a ring was all she needed to process what was happening. In fact she never said the word yes until the announcer at the finish line prompted her to answer the question.”

Since the trip to New York, the couple has been looking at homes and has set a tentative date of June 22, 2019 for a wedding. If they can make things happen sooner they will! Either way, a trip to New York in September 2018 for the 17th annual NYC Tunnel to Towers 5K Run & Walk is already on the calendar! 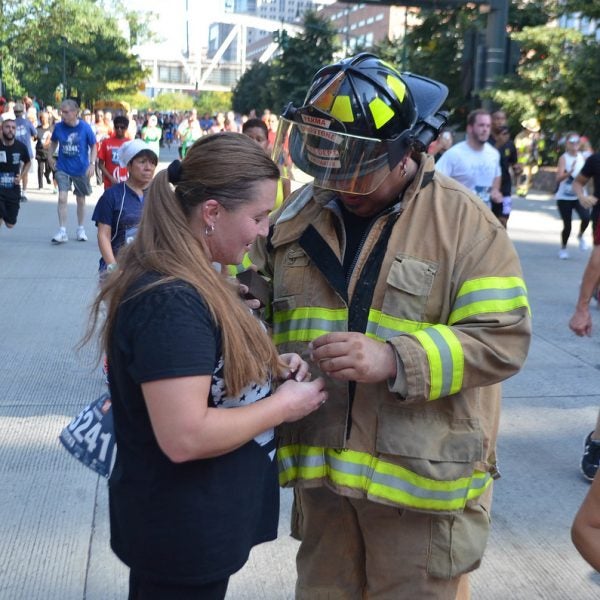 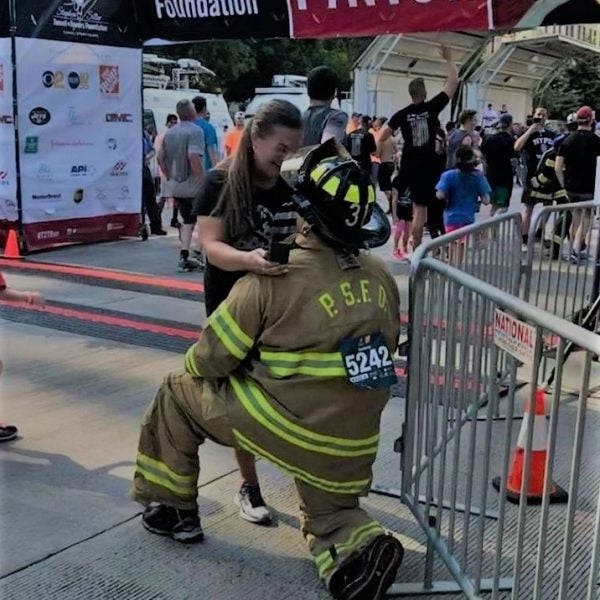