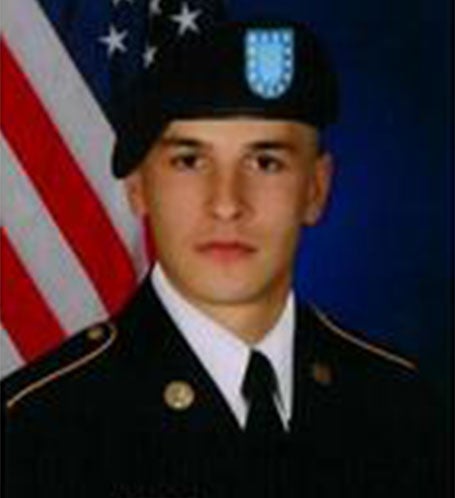 Private First-Class Tyler R Iubelt was assigned to the US Army’s Headquarters and Headquarters Company, 1st Special Troops Battalion, 1st Sustainment Brigade, 1st Cavalry Division out of Fort Hood, Texas. On November 12, 2016, a suicide bomber targeted Bagram Air Force Base in Afghanistan. The blast killed Iubelt, another service member, and two American contractors. More than a dozen others were hurt in the blast.

Lubelt enlisted in the Army after graduating Illinois’ Pinckneyville High School in 2015. He had served for about a year before he was killed. He was just 20 years of age.

He left behind his wife, Shelby and their daughter, Violet.

The Lubelt family received a mortgage-free home in Du Quoin, Illinois through the Gold Star Family program on September 21, 2018.