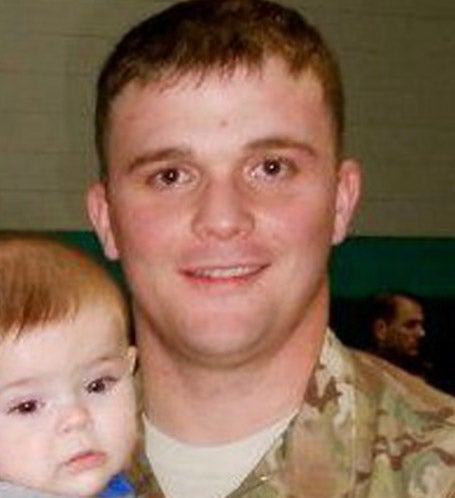 Army Sgt Timothy “T.J.” Conrad, Jr. joined the Army Reserve after graduating from high school. Shortly after that, he switched to active duty.

He deployed to Afghanistan in January of 2012 and wanted to make the military his career.

A month later he would be killed, allegedly by an Afghan soldier following protests around the burning of the Koran.

Conrad left behind his wife Holly and his son Bentley, who was just seven-months old when he was killed.

The Conrad family received a mortgage-free home through the Tunnel to Towers Foundation’s Gold Star Family program in London, Kentucky in March 10, 2020.