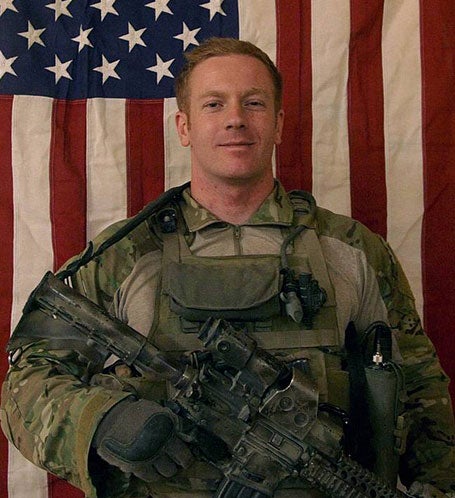 Sergeant Thomas R. MacPherson was killed by enemy forces during a firefight while conducting combat operations in Ghazni Province, Afghanistan. MacPherson was leading an assault against an enemy position when he was shot in the chest.

To keep his comrades from risking their lives, he radioed that he had only been shot in the leg – a serious injury but one that by combat standard didn’t require immediate attention.

MacPherson was a team leader assigned to Company D, 2nd Battalion, 75th Ranger Regiment at Joint Base Lewis-McChord Washington. He previously served one deployment in Iraq and was on his fourth deployment to Afghanistan when he was killed.

He is survived by his wife, Claudia and their son, Brayden. The family received a mortgage-free home through the Gold Star Family program in Puyallup, Washington on June 13, 2018.