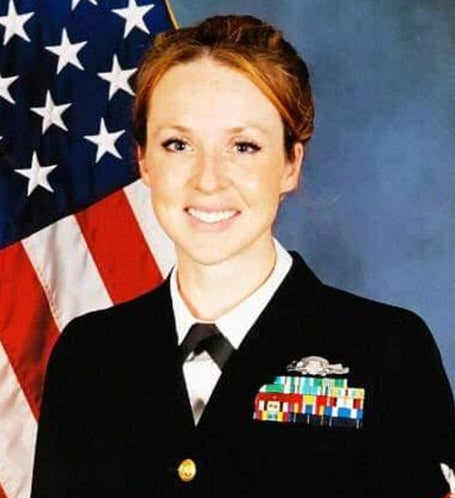 Kent, 35, was a Pine Plains NY native and the 9/11 terror attacks were a driving force behind her decision to enlist in the Navy.

Kent served multiple tours of duty in both Iraq and Afghanistan and joined the Cryptologic Warfare Activity command when it was established in 2018.

She is survived by her husband Joseph Kent. who is retired US Army Special Forces, and two young sons Colten and Josh.

Kent, who grew up in a service-oriented family her father Stephen J. Smith has spent his career in law enforcement and still serves his community as a Colonel in the New York State Police Department. Her uncle Vinny Plover, is a retired FDNY firefighter, a friend of the Siller family, and a long-time Foundation volunteer.

The Tunnel to Towers Foundation is committed to paying off the mortgage on the family home.