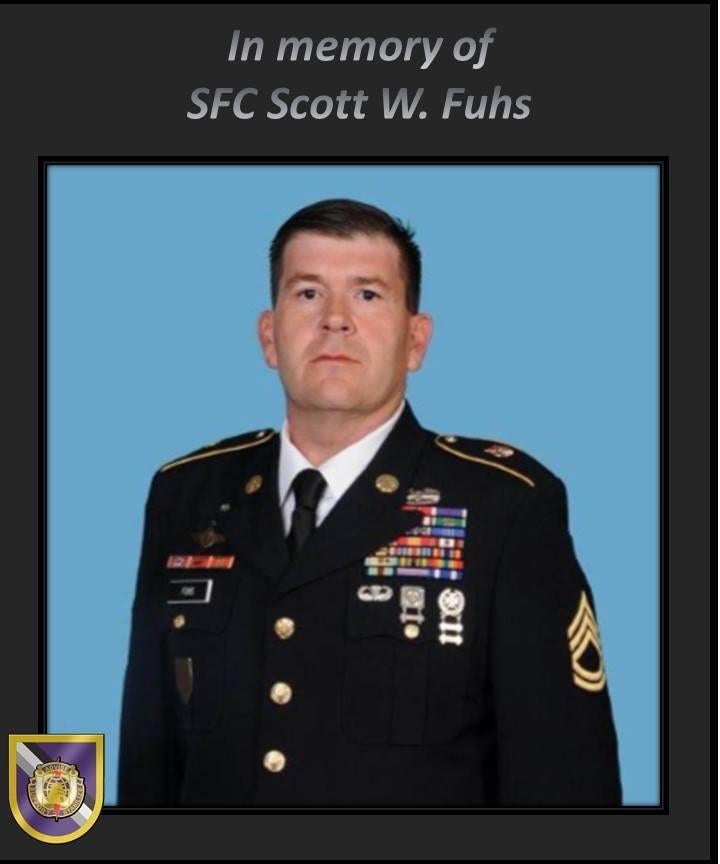 Sgt First Class Scott William Fuhs passed away on July 9, 2018 after a lengthy, courageous battle with an illness attained due to toxic exposure during his deployment.

Fuhs graduated from Grand Valley State University in 1996 with a Bachelor’s degree in History and Political Science. The attack on the World Trade Center on 9/11 coupled with his father’s military service motivated Fuhs to enlist in the U.S. Army in November 2001. After completing the Civil Affairs Specialist Course in August 2003, he began his three year deployment in Iraq where he engaged in community building as well as fighting alongside his fellow soldiers. Fuhs also deployed to Afghanistan for 11 months and served in Operation Enduring Freedom. Fuhs later deployed to Africa in 2010. SFC Fuhs was a highly decorated soldier, having earned several awards including a Bronze Star and 3 Purple Hearts for injuries sustained in 2005. In total, Fuhs was awarded 23 medals throughout his military career.

Although Fuhs was a highly decorated NCO, his focus was to care for his fellow soldiers and ensure that they returned home. Fuhs is remembered for his positive attitude and bravery. He dedicated his life to service and was devoted to helping others.

Sgt First Class Scott William Fuhs is preceded in death by his daughter Rachel Elizabeth, who is buried with him at Arlington National Cemetery and he is survived by his wife, Amy, and son, Jack. 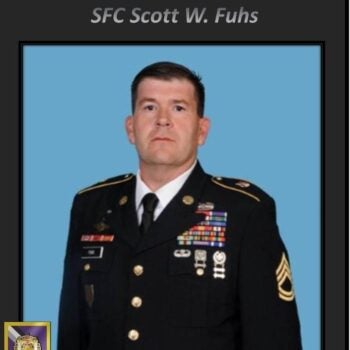 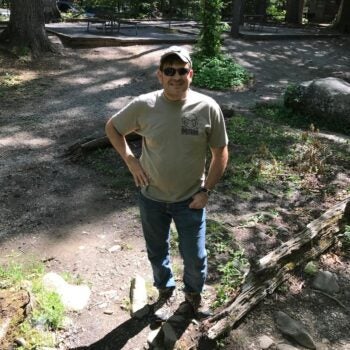 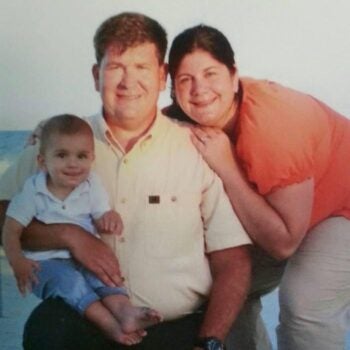 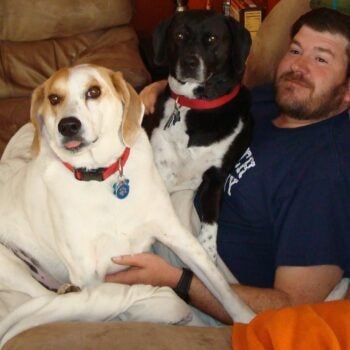