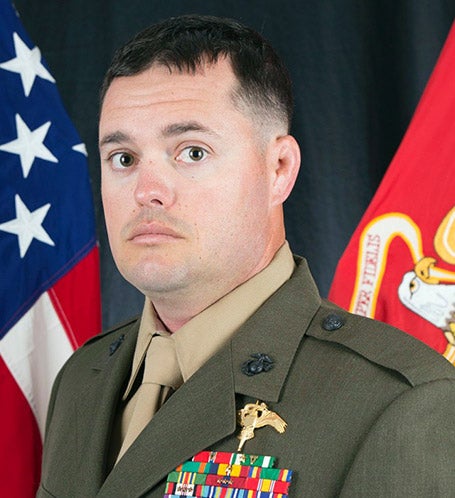 Gunnery Sgt Koppenhafer had a decorated military career. After joining the Marines in 2005, he earned a meritorious promotion to staff sergeant on his first deployment to Afghanistan. Several years later, he was awarded two Bronze Star Medals for his heroism in Afghanistan and anti-ISIS operations in support of Operation Inherent Resolve.

In 2018, Koppenhafer was named “Marine Special Operator of the Year” by the Marine Corps Association for his role in guiding elite Iraqi Special Operations Forces in northern Iraq.

Gunnery Sgt Koppenhafer leaves behind his wife Renae, and his two children, Colt and Penelope.

The Tunnel to Towers Foundation paid off the Koppenhafer family’s mortgage in December 2019.