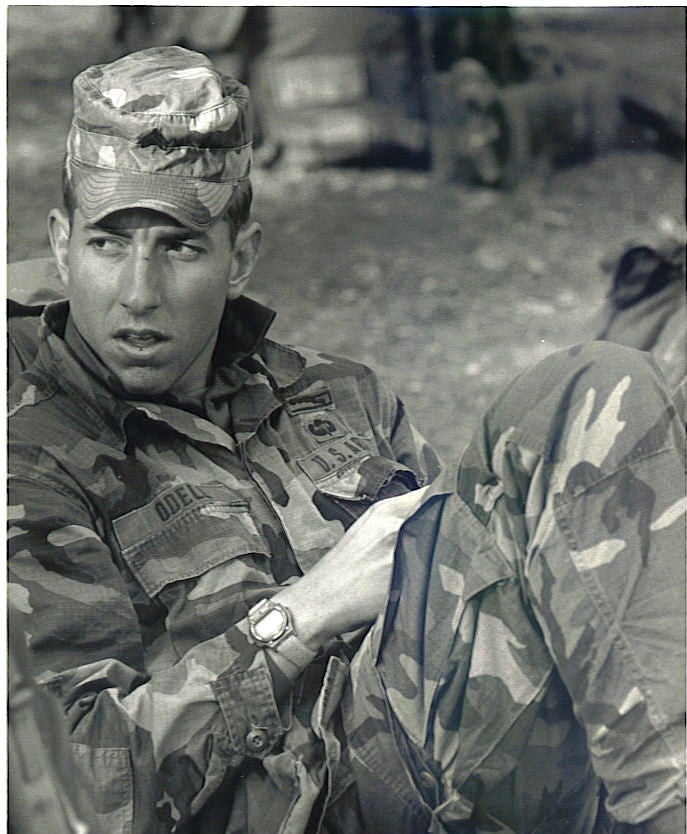 Army Sgt. Maj. Robert D. Odell died along with 24 others when a suicide bomber attacked a dining facility in Mosul, Iraq, in December 2004.

Odell enlisted in the army in 1985 and served in a variety of assignments before he graduated from the Special Forces Qualification Course in 1989, where he scored in the top 5% of his class.

He served in Panama and the first Gulf War and was assigned to the Intelligence and Security Command, supporting Operation IRAQI FREEDOM at the time of his death.

“He strove for excellence in everything he did. He was outstanding in everything” said his sister, Jeannie Taylor. Such an accomplished man with so much humility.  He was known for his moral integrity and was loved for his sharp wit. Although he had an illustrious military career, he was known simply as the most beloved husband and devoted father one could ask for.

Odell was a family man, brother, son, and friend, who is dearly missed to this day.

He is survived by his wife Cynthia, and their three children, all of whom are Folds of Honor Children’s Fund Scholarship recipients.