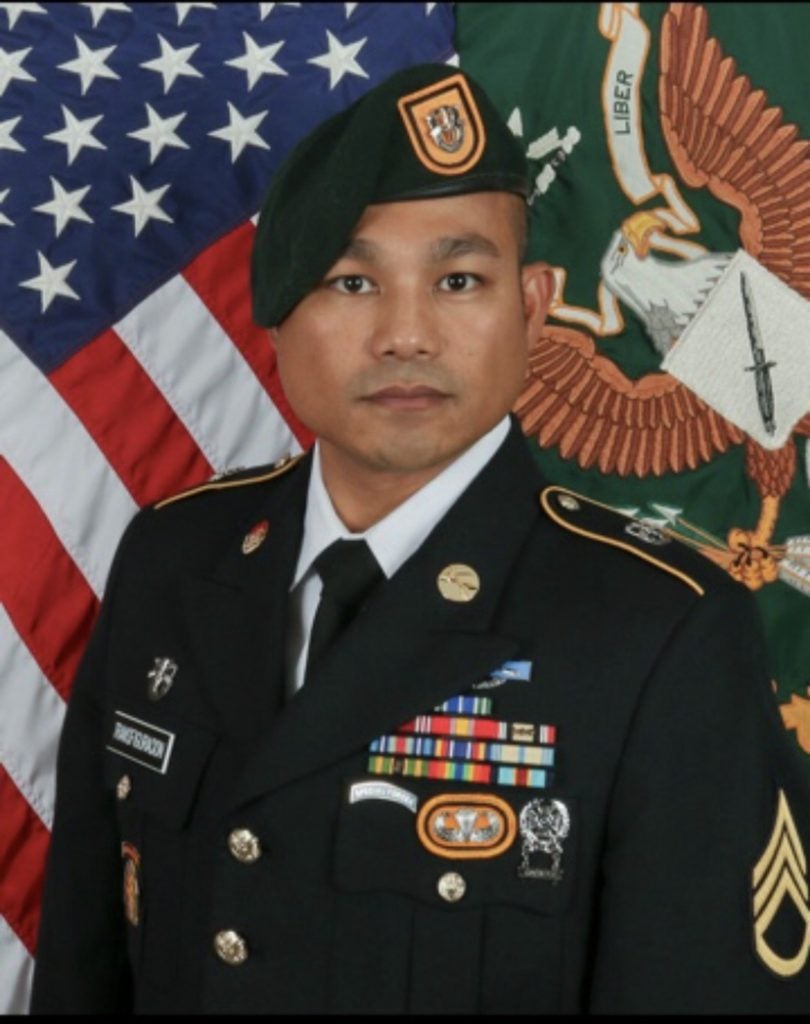 He deployed with the National Guard to Iraq in 2005 and joined the active-duty Army after returning home.

He deployed to Iraq for the second time in 2008. He served his country for the next decade and returned to the Middle East in 2018, deploying to Afghanistan.

On August 7, 2018, he was severely wounded by an IED, he was transported to Germany where he died from his injuries on August 12.

He is survived by his wife Edelyn and two children Rylan and Ella.

The Tunnel to Towers Foundation will be paying off the mortgage on the family’s home in Lacey, WA.

“My husband and I dreamt of owning a home here in Washington with enough space for our big families to stay when they come and visit. Living close to their Father’s last duty station, as well as being close to the 1st Special Forces group, gives my children a sense of pride for their Father’s sacrifice,” said Edelyn.

Rylan aspires to follow in his father’s footsteps serving his country in the military.

In honor of Veterans Day, Tunnel to Towers announced the mortgage on SFC Transfiguracion’s home had been paid in full on November 11, 2020.