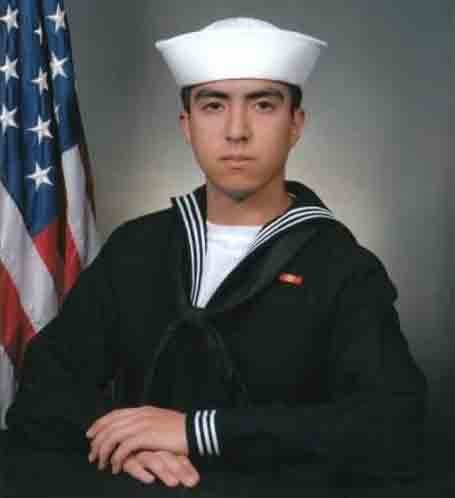 Gunner’s Mate 2nd Class Noe Hernandez, 26, died after a container ship struck the starboard side of the USS Fitzgerald off the coast of Japan.

Noe and six other service members were killed in the crash.

Hernandez had spent eight years in the Navy, and was on an eight-month mission at sea when he was killed.

He was posthumously advanced to Petty Officer 1st class. He is survived by his wife Dora and their son Leon.

The family received a mortgage-free home through the Tunnel to Towers Foundation’s Gold Star Family program in Edinburg, Texas on June 29, 2018.