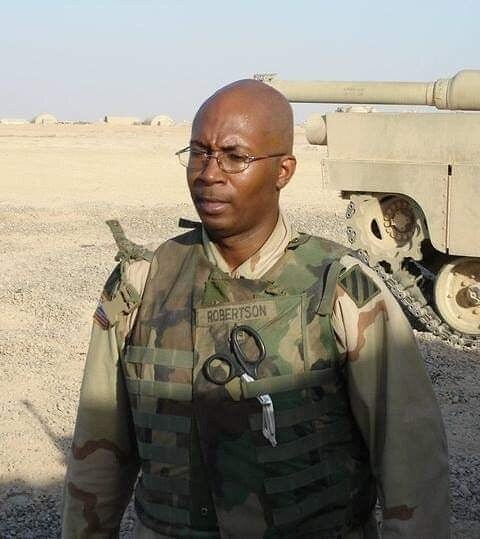 Sgt Michael Tremain Robertson, lovingly known as “Doc Rob,” served as a medic in the United States Army from 1996 to 2005. Sgt Robertson received fatal injuries when an improvised explosive device detonated near his vehicle on October 17, 2005, in Samarra, Iraq. He later succumbed to his injuries at Brooke Army Medical Center in San Antonio, Texas on October 25, 2005.

Sgt. Robertson was known for his pensive and wise demeanor and his ability to offer sage advice and guidance. His desire to help others was a contributing factor to his decision to become an army medic, wherein he was motivated to continue to learn and improve his skills to provide those in need with the best care possible. He performed his duties with a dedication and commitment that was not only noticed, but revered by those who knew him.

Sgt. Michael Tremain Roberston leaves behind his wife, Tanya, and his son, Xavier.