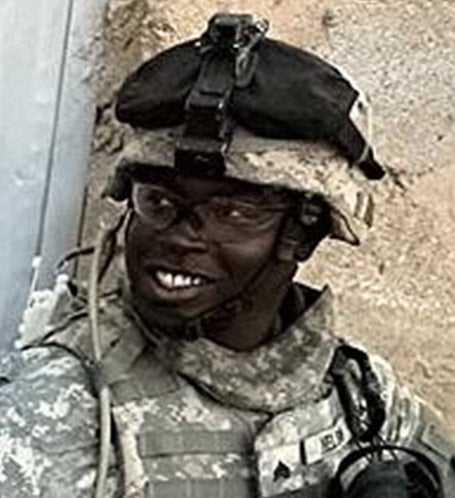 Army Sgt. Mario Nelson met his wife Mecca in Brooklyn when they were teens – and they stayed close for years before dating and getting married. In 2001, Mario signed on to the National Guard and after the 9/11 attacks, he volunteered to join the recovery effort at Ground Zero.

The couple welcomed their daughter Mia to the world in 2003.

Shortly thereafter, Sgt. Nelson enlisted in the Army full-time as a soldier, and the family traveled to Germany before he deployed to Iraq in January of 2006. He had been away for 10 months, and was due back in another two, when he was killed by a rocket-propelled grenade.

Since then Mecca has gone on to create the YOMA method, combining “the fierceness of fighting with the softness of Yoga and Meditation” to help people cope with grief and trauma.