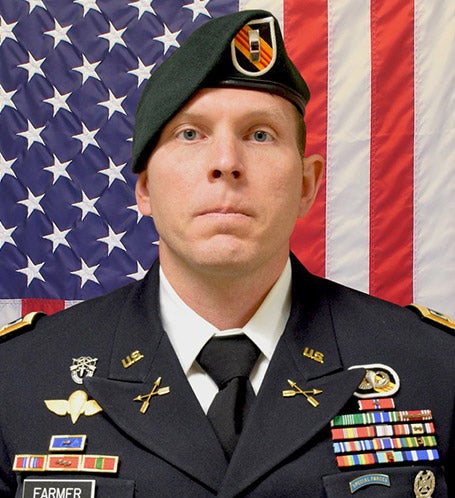 In his 13-year career in the military, Farmer was awarded the Bronze Star Medal with two Oak Leaf Clusters, the Purple Heart, numerous other Army commendation and achievement medal.

Farmer is survived by his wife, Tabitha, and four children.

The Stephen Siller Tunnel to Towers Foundation paid off the Farmer family mortgage in July 2019.