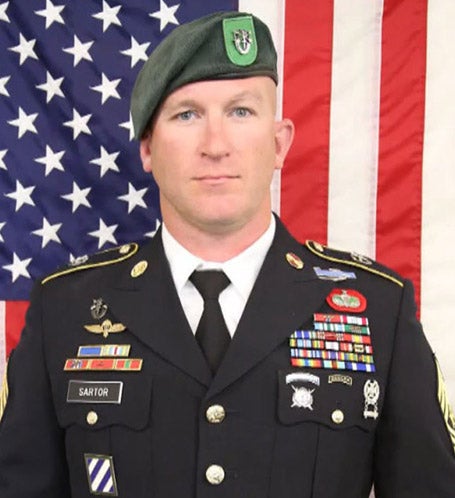 Green Beret SGT MAJ James Sartor was killed in the line of duty on July 13, 2019 during combat operations in Afghanistan.

Sartor joined the Army as an infantryman in 2001, and deployed numerous times to both Iraq and Afghanistan.

He leaves behind his wife, Deanna, and three children: Stryder, Grace, and Garrett

In honor of Veterans Day, Tunnel to Towers announced the mortgage on SGT Sartor’s home had been paid in full on November 11, 2020.