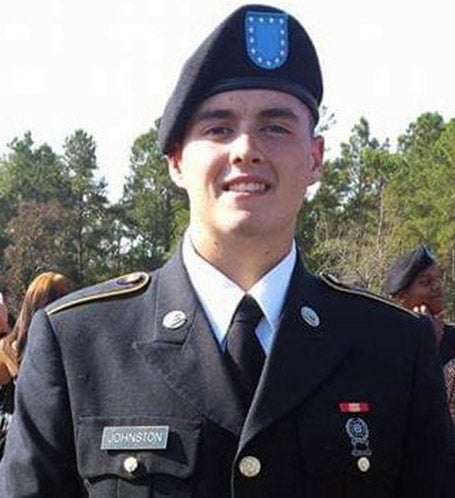 Army SGT James Johnston died in the line of duty on June 25, 2019, after he sustained wounds from small arms fire in Afghanistan.

During his time in the Army, SGT Johnston earned many decorations and awards, including the Bronze Star Medal, the Purple Heart Medal, and the Army Commendation Medal.

SGT Johnston left behind his his wife of four years, Krista, who found out she was pregnant the day before SGT Johnston deployed to Afghanistan.

Their daughter was born on Veterans Day 2019. Krista named her Jamie, after her father.

The Tunnel to Towers Foundation paid off the Johnston family’s mortgage in December 2019.