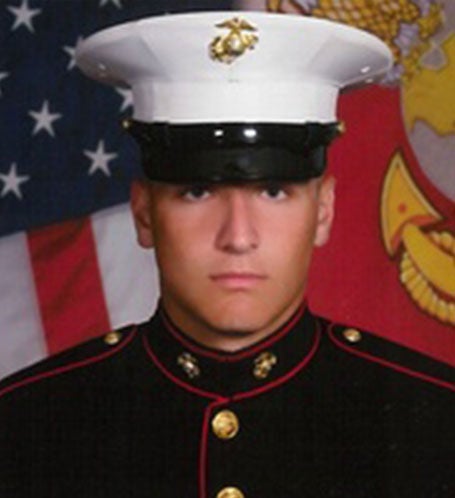 Marine Corps Lance Corporal Collin John-Michael Schaaff, 22, was killed in an aircraft mishap over Leflore County, Mississippi on July 10, 2017. Schaaff was among 15 Marines and a Navy sailor who died when the plane crashed. He was an Aviation Ordnance Technician with the Marine Aerial Refueler Transport Squadron 452, Marine Aircraft Group 49, 4th Marine Air Wing, Newburgh, New York. Corporal Schaaff joined the Marines in 2013 after graduating from Franklin Pierce High School in Tacoma, Washington. He was awarded the Marine Corps Good Conduct Medal; Global War on Terrorism Service Medal; National Defense Service Medal; Letter of Appreciation (2); and a Certificate of Commendation (Individual Award) among several other military commendations.

He is survived by his wife Sarah Schaaff, and their two daughters Willow and Guinevere. Sarah Schaaff was pregnant with their second daughter Guinevere when he was killed.

The Schaaff family received a mortgage-free home through the Foundation’s Gold Star Program in Barnesville, Georgia on September 11, 2018.