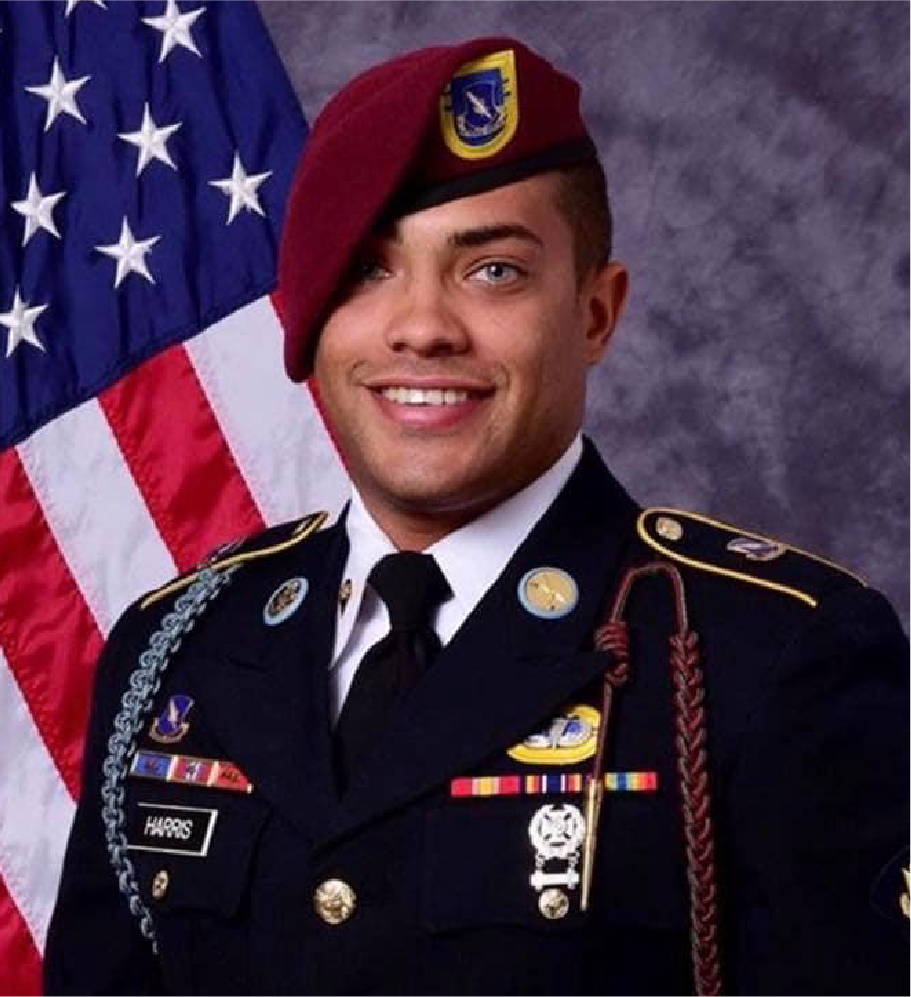 He was just one month into his first deployment when a vehicle packed with explosives detonated near his convoy, taking his life.

SPC Harris, a paratrooper with the 82nd Airborne Division, joined the Army in 2013.

He left behind his pregnant wife, Britt, who was expecting their first child.

The Tunnel to Towers Foundation announced they had taken over the mortgage on the Harris family’s Fayetteville, North Carolina home on Memorial Day 2020.