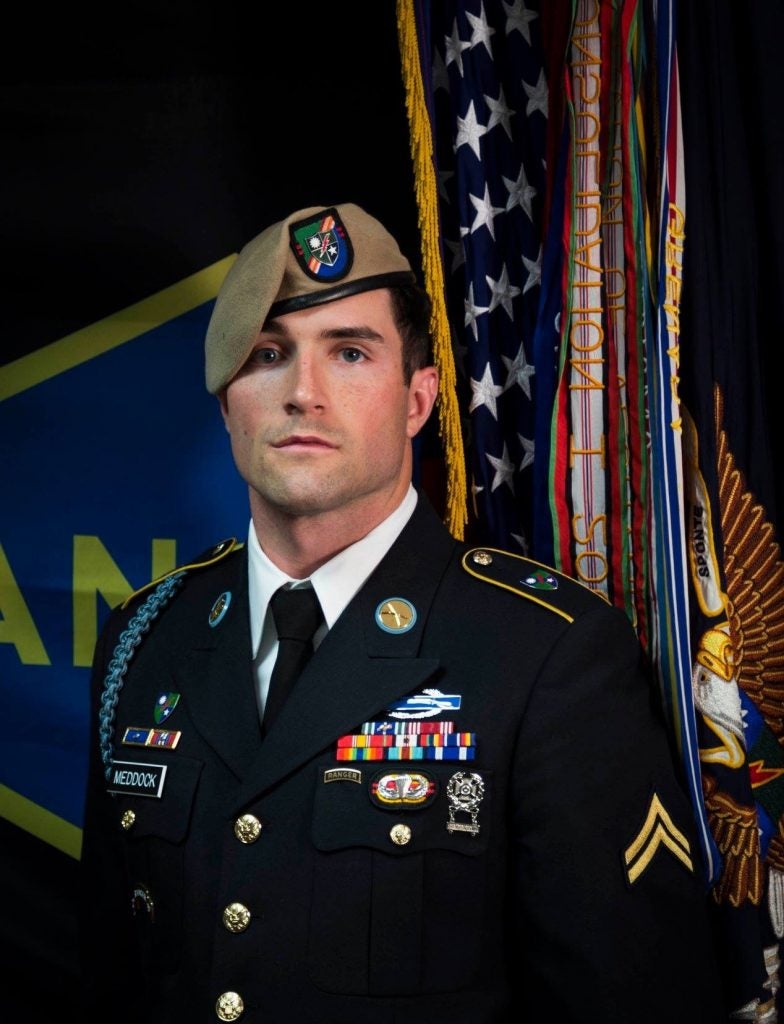 Sergeant Cameron Meddock, an elite army ranger, died in a military hospital in Landstuhl, Germany, after coming under small-arms fire during a reconnaissance mission on January 13, 2019, in Badghis Province, Afghanistan.

He was on his second deployment with 2nd Ranger Battalion serving as a fire team leader with A company. He was just two weeks away from when he was supposed to be coming home to his wife Stevie who was pregnant with their first child, Brinley Leandra Rae Meddock.

Brinley was born four months after in April.

The Tunnel to Towers Foundation will be providing Stevie and Brinley a mortgage-free home in Washington State, where she will be able to pass on her father’s love for the outdoors to her daughter.

“Cameron and I loved spending time outdoors and exploring new areas. We had dreams to transfer this love of exploration onto our child and I have every intention of carrying that through. I have goals to be able to take her traveling to show her not only this beautiful country but the whole world that God created for us to enjoy. Cameron and I also loved to go snowboarding during the winter; As soon as Brinley is old enough I hope to be able to teach her how to ski or snowboard so she can grow up doing something her father loved.”