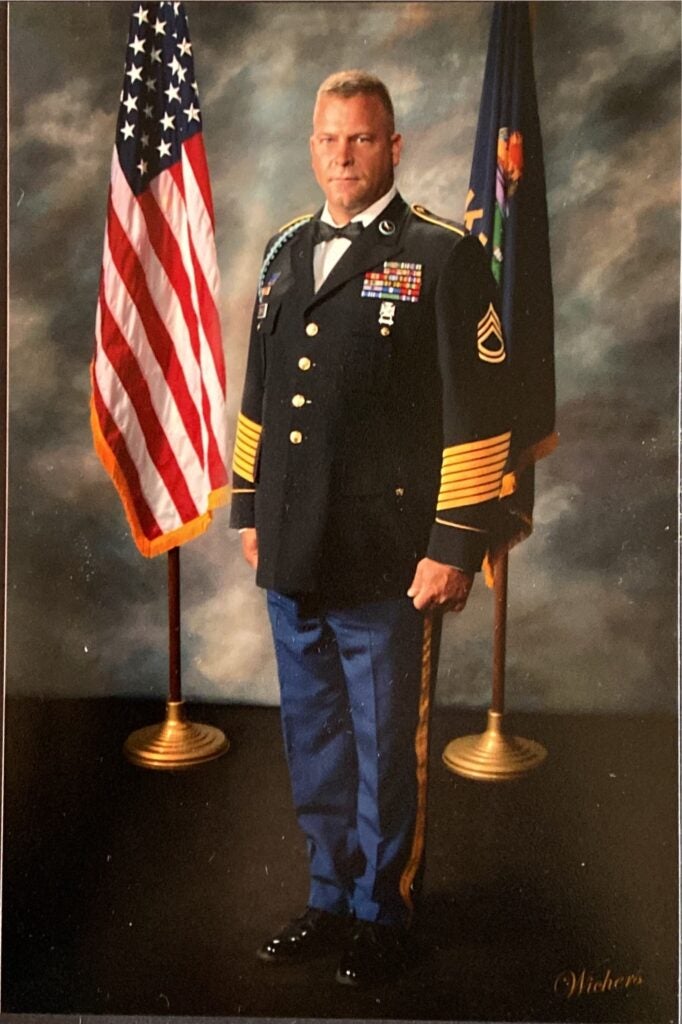 On September 15, 2006, US Army Master Sgt Bernard Lee Deghand was killed in action while on tour in Afghanistan when his camp was attacked by the Taliban.

At the time of his death, Deghand was in Afghanistan with the 35th Division Artillery of the Kansas Army National Guard in support of Operation Enduring Freedom, serving as a trainer for the Afghan National Army (ANA). He was teaching mechanized infantry tactics using armored personnel carriers.

Born in Topeka, Kansas, Deghand graduated in 1982 from Shawnee Heights High School, but he entered the U.S. Army’s Delayed Entry Program a year earlier. He trained at Fort Sill, Oklahoma, and joined the Army Reserves right after high school graduation.

He would transfer to the Kansas Army National Guard in 1986, and in 1997, he entered the Active Guard Reserve program, serving as the Readiness NCO and Operations NCO for the 35th Infantry Division Headquarters in Leavenworth. In December of 2002, he deployed to Bosnia as part of the NATO Stabilization Forces. In 2006, he was up for a promotion and was given the choice to deploy to Afghanistan or Iraq. He chose the latter, not knowing it would be his last tour.

Known mostly by his family and friends as “Bernie,” Deghand led a loyal and dedicated life of service to his country for nearly a quarter-century before his death. He leaves behind his wife, Lisa, a stepson, Craig, and two daughters, Jami and Emma.