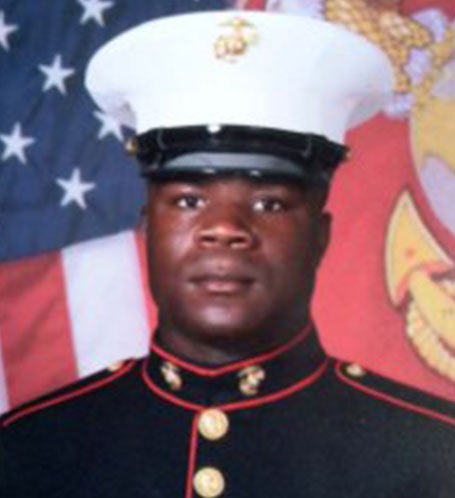 In 1998 during the Liberian civil wars, Marine Corps Lance Corporal Abraham Tarwoe, then just 12 years old, fled the violence in his home country to start a new life in the United States.

He attended West Side High School in Newark, New Jersey and joined the Marines in 2009. He was promoted to Lance Corporal in August of 2010, and was assigned to the 2nd Battalion, 9th Marine Regiment, 2nd Marine Division, II Marine Expeditionary Force in Camp Lejeune, N.C.

He was killed on April 12, 2012, during his second deployment to Afghanistan.

Tarwoe was laid to rest with full military honors in his home village of Flehla, Bong County, Liberia, a month later. It was the first time he had returned to his native country.

Tarwoe left behind his wife, Juah, and their son, Avant. The family received a mortgage-free home through the Tunnel to Towers Foundation’s Gold Star Family program in Pawtucket, RI on August 31, 2018.