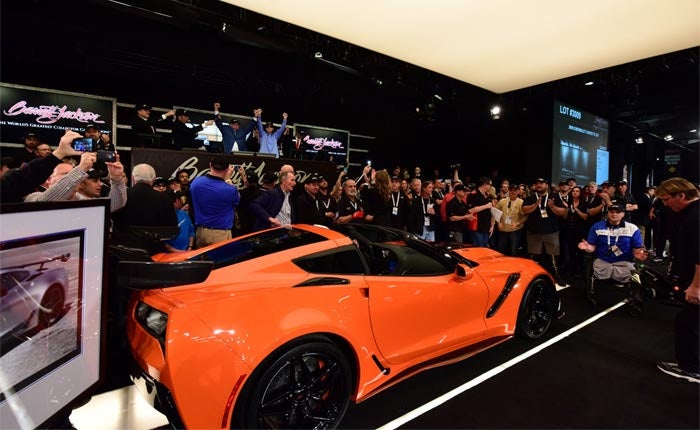 On January 20, 2018 at the Barrett-Jackson auction in Scottsdale, Arizona, General Motors, Chevrolet and Barrett-Jackson combined forces to auction off the very first retail production 2019 ZR1 Corvette with proceeds going to The Stephen Siller Tunnel to Towers Foundation.

The gavel came down on a winning bid of $925,000 to Chevrolet dealer and NASCAR team owner Rick Hendrick. Mr. Hendrick gets to select between the first retail production ZR1 coupe or convertible with VIN #001.

Described as the fastest, most powerful, most advanced production Corvette ever produced, the 2019 ZR1 Corvette is sure to catch the eyes of car enthusiasts everywhere. Since 2008, Barrett-Jackson has offered sixteen Corvette auctions around the country, five of which sold for $1 million. 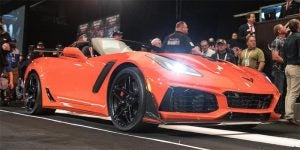 The Stephen Siller Tunnel to Tower Foundation is honored to work with GMC and Barrett-Jackson on this unprecedented partnership. Our mission is to continue Stephen’s legacy through initiatives supporting our nation’s first responders and veterans, such as our Smart Homes program for catastrophically injured service members returning home. Each home is custom designed to address the unique needs of each individual. Energy efficient, automated and easily accessible, these homes use “adaptive technology” to help our injured heroes live better, more independent lives.

The Tunnel to Towers Foundation thanks GMC, Chevrolet and Barrett-Jackson for supporting the brave men and women of our armed forces and our first responders. With the proceeds from the auction of the Corvette ZR1, we will be able to offer additional support to the heroes that keep our nation safe.