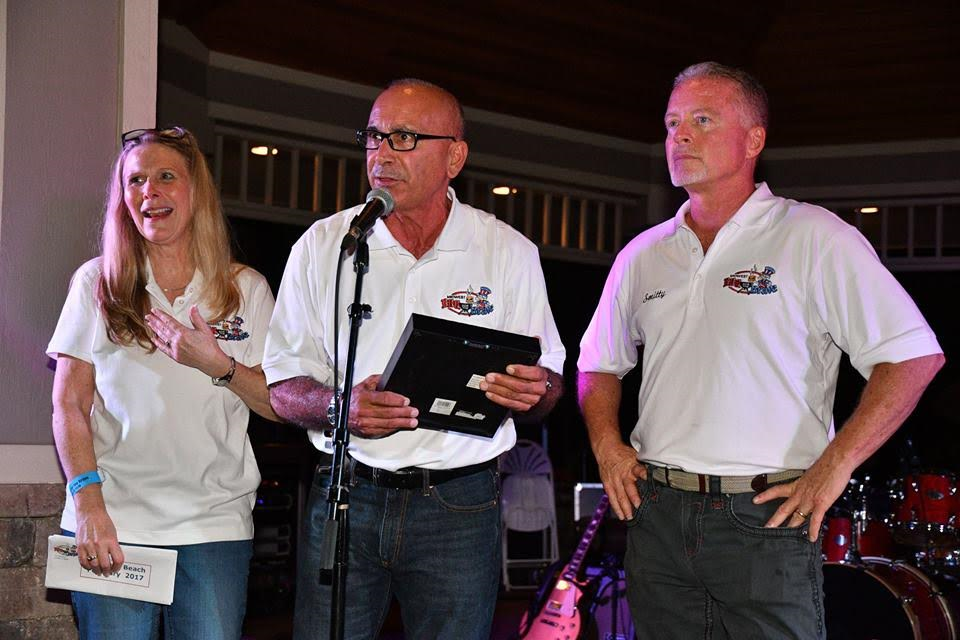 Fundraising in the Midwest: The Story of Gayla and Jim Smith

It is always inspiring to hear from our supporters, donors, and sponsors, and learn how they became involved with the Stephen Siller Tunnel to Towers Foundation. The staff remains amazed at how the Foundation has grown over the past 15 years, and how it has spread across the country via word of mouth, media coverage, social media, etc. Many of our supporters have intriguing stories about how they have become involved – each one exuding patriotism, the desire to “do good”, and reverence for the men and women who risk their lives each day for their fellow Americans – our first responders and military heroes.

One of our favorite stories is that of Gayla and Jim Smith – a couple from just outside Chicago who learned about the Foundation by watching a television program. What started as a small backyard fundraiser to support the Foundation’s Building for America’s Bravest program has grown into a major event! We are so blessed to have the support of Gayla and Jim, and are so extremely proud of the hard work and dedication they have put into the event to make it bigger and better each year. Gayla and Jim have become major supporters of the Foundation! We could not carry out our mission without grassroots fundraisers such as the Midwest BBQ for the Brave.

Below please find Gayla and Jim’s story (as told by Gayla). We know you will be as impressed as we are!

In July 2012, I watched a news segment on Fox News with Megyn Kelly about a program created to build specially adapted smart homes for our most catastrophically injured veterans. Upon learning about the program, I went to the Foundation’s website to make a donation and noticed a link that said, “Things you can do.” One of the suggestions was to host a BBQ, and ask for donations from friends and family.   And that is exactly what Jim and I did in the summer of 2012. With that, the Midwest BBQ for the Brave was born!

Having a son and son-in-law serving in the US Navy, we understand the difficulties of military life for service members and their families. Jim and I feel a need to support the young men and women who return from battle with physical limitations. Allowing these young American heroes to reclaim their independence is the best gift we can offer. We believe that we, as a grateful nation, owe them our time, effort and monetary donations.

After hosting the annual BBQ in our backyard for three years, we decided to move the benefit to a commercial venue and hire a band in 2015. The rest was simple: we created a 501(c)3, rallied our friends to join the committee , and solicited corporate sponsors and raffle prize donors – piece of cake!

The 2016 benefit grew even bigger, with 37 corporate sponsors and $20,000 worth of donated raffle prizes. We had 800 people showed up for the 5th Annual Midwest BBQ for the Brave! As a result, we were able to donate $55,000 to help the Stephen Siller Tunnel to Towers Foundation. Illinois Governor Bruce Rauner stopped by to say “thank you” to Cpl. Larry Bailey and his family for their service to the country. Ron Kittle, former first baseman from the Chicago White Sox, attended the event along with Frank Pellico (organist for the Chicago Blackhawks) who allowed the guests to wear his three Stanley Cup Championship rings and take pictures! Governor Rauner was quoted as saying, “This is one of the biggest and best-run events to support veterans anywhere in the state of Illinois. A great tradition; and it’s thanks to Jim and Gayla Smith and all the community here in Will County for their generous support of America and America’s veterans. It’s what makes us a wonderful state and a wonderful nation.”

Governor Rauner is exactly right! Illinois is a benevolent state and the city of Chicago is quickly becoming one of the Stephen Siller Tunnel to Towers Foundation’s biggest supporters.

The Stephen Siller Tunnel to Towers Foundation could not be more awed by the story of Gayla and Jim Smith and the Midwest BBQ for the Brave. Gayla and Jim are perfect examples of how individuals across this nation can support our cause through grassroots fundraising efforts.

Thank you, Gayla and Jim, not only sharing for your story with us, but for all that you do to support the Foundation and our Building for America’s Bravest program. Your unwavering commitment is inspiring and greatly respected. We look forward to working together towards our common goal for many years to come!

If you have interest in getting involved with the Midwest BBQ for the Brave, please check out its website at www.midwestbbq.org. We love the support that the Midwest is showing for the Stephen Siller Tunnel to Towers Foundation!

For those interested in following in the footsteps of the Smiths, please contact the Foundation at info@t2t.org if you would like to start a fundraiser in your local area!