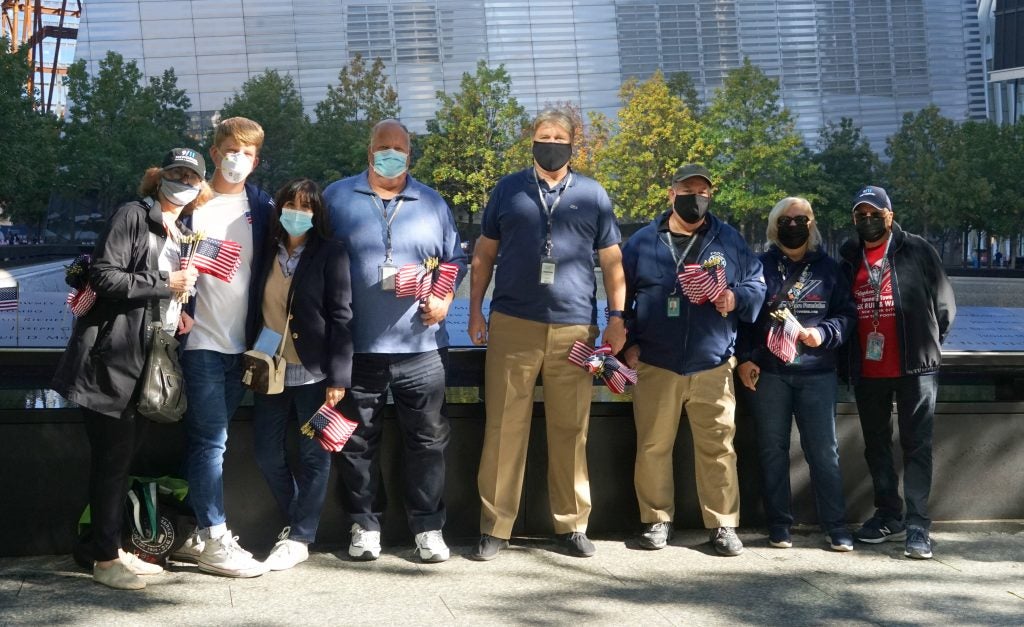 “Friends of the Memorial” Participate in #NEVERFORGET Virtual Challenge

The docents of the 9/11 Memorial & Museum keep the memories of those lost on 9/11 alive by telling their stories.

Some stories are about acts of heroism and sacrifice; others are sober stories of loss – lost parents, sons, daughters and spouses. Some share their own stories, as they were witnesses to history when American was attacked and the Twin Towers came down.

This is the story of three of the museum’s docents, Lauren Lent, Ed Welter and Patricia Katz, who are in charge of the Friends of the Memorial Team, which under different names and in different forms, has been participating in the Tunnel to Tower 5K Run & Walk NYC since 2013.

“We started small – it was a team that was built mostly by word of mouth in those early years,” said Welter. “Still, we raised $3,000 and that put us in the top ten of fundraising.”

Everyone has a different reason to keep coming back. Lent says, “it’s Stephen’s story and the sacrifice of the 343 firefighters. We support all the good the Foundation does – Tunnel to Towers is one of the world’s best foundations.”

For Katz, the event is like nothing else, saying, “it’s incredibly profound to be walking in the footsteps that Stephen and so many others took that day… then you come out of the tunnel to see the first responder banners – it is so moving. Every year, I make it a ritual to shake every hand and thank them for what they do and mean to us. The Tunnel to Towers event just keeps getting better and better.” 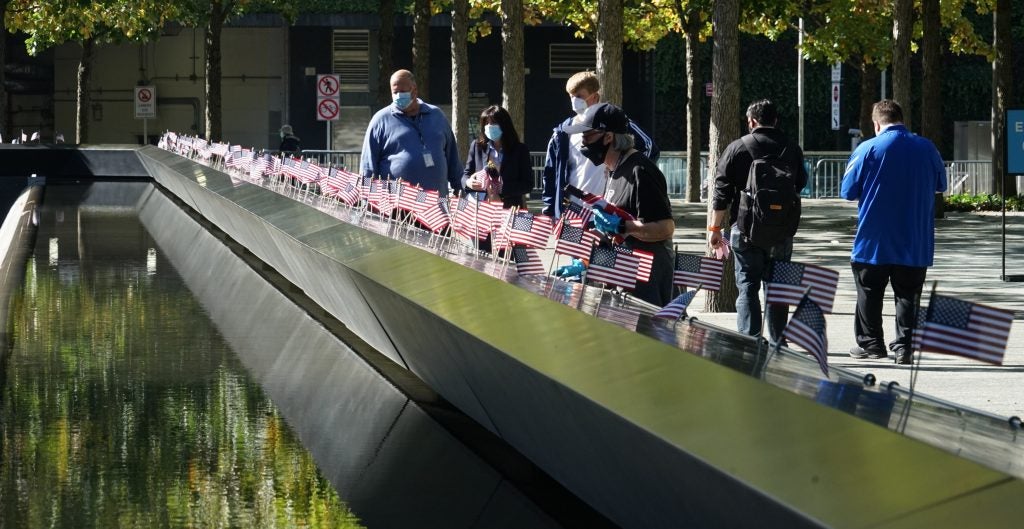 The team was ramping up for this year’s NYC 5K when the COVID-19 pandemic forced shutdowns across the country, causing the Tunnel to Towers 5K Run & Walk NYC to  adapt itself into a Virtual Challenge. “I was sad for the Foundation when I found out it was canceled… but I wasn’t surprised. With the position the city was taking with COVID-1, it was understandable, but heartbreaking,” said Lent.

The #NEVERFORGET Virtual Challenge, however, offered up a new opportunity.

In his professional life, Ed Welter is a commercial construction estimator. He has taught classes at the museum using the original blueprints of the Twin Towers – he is familiar with the dimensions of the reflecting pools. “I started playing with the numbers 9/11 then 9+11=20, and 20 laps, 10 around each pool ended up being 3.49 miles. I had my virtual 5K route,” exclaimed Welter.

Originally, he was going to do the walk on his own, but his team had other ideas.

“When he told me and Patty, the idea just took off. We invited the other volunteers and we ran with it,” said Lent. Katz added, “we have this tie to the memorial, let’s try to merge the two together. We have all of our fellow docents and volunteers who haven’t been together since March – this was really a chance for this community to come together and make a difference.” 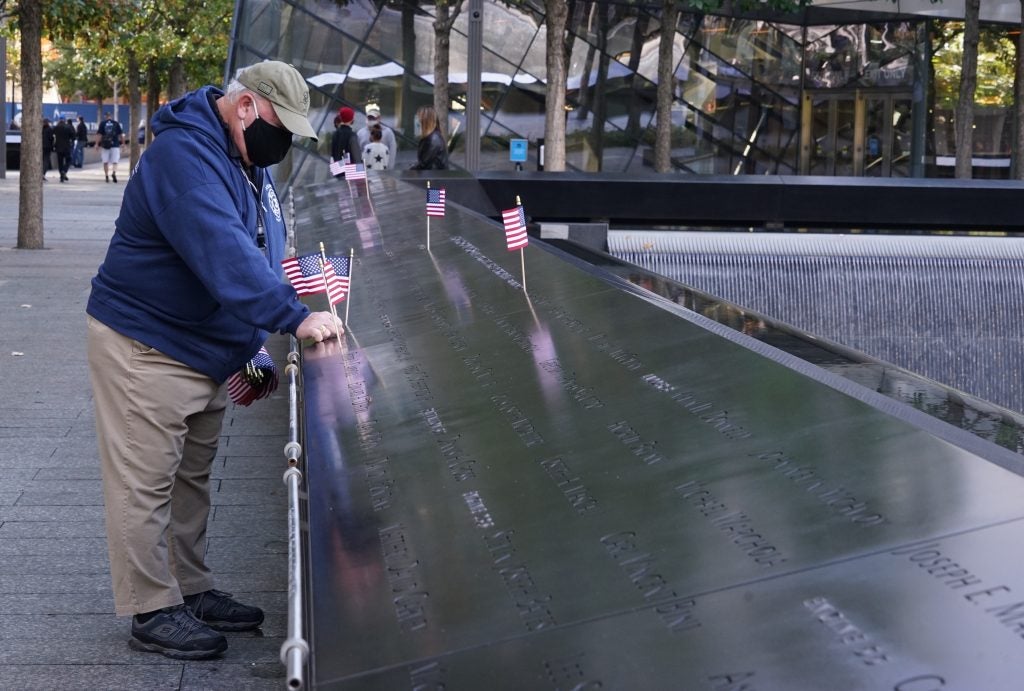 Welter had mapped the route, Lent, the team captain, recruited teammates and spread the word, while Katz gathered 800 flags to put next to names on the reflecting pool memorial – each flag honoring a life lost on 9/11. With permission from the Museum, about 35 people from Friends of the Memorial Team, along with friends and family, gathered on October 14 to walk the 20 laps around the reflecting pools. For each lap, the team kept one of the fallen in mind and placed a flag next to their name.

By the end of the event, more than 800 flags dotted the memorial and waved in the October breeze.

For Welter, remembering why they were there and honoring the names was an important part of their event. “Keeping these memories alive – their stories alive – is what this is all about,” he said.

While she couldn’t run through the tunnel to retrace Stephen’s footsteps this year, Katz felt holding the event on the plaza was a fitting tribute, saying, “it was completely different, but I felt it was very meaningful to have it here. It was very moving to be on the actual site. At the end of the day, the Friends of the Memorial raised more than $33,000 for Tunnel to Towers.

“Both the Memorial and Tunnel to Towers benefited that day – both are suffering because of COVID-19 and it was really a win-win for all involved,” said Lauren.

The team is now focused on what can be done for 2021, “we were pleased with what we were able to do this year but we are gearing up for an even bigger push for the 20th anniversary,” said Katz.