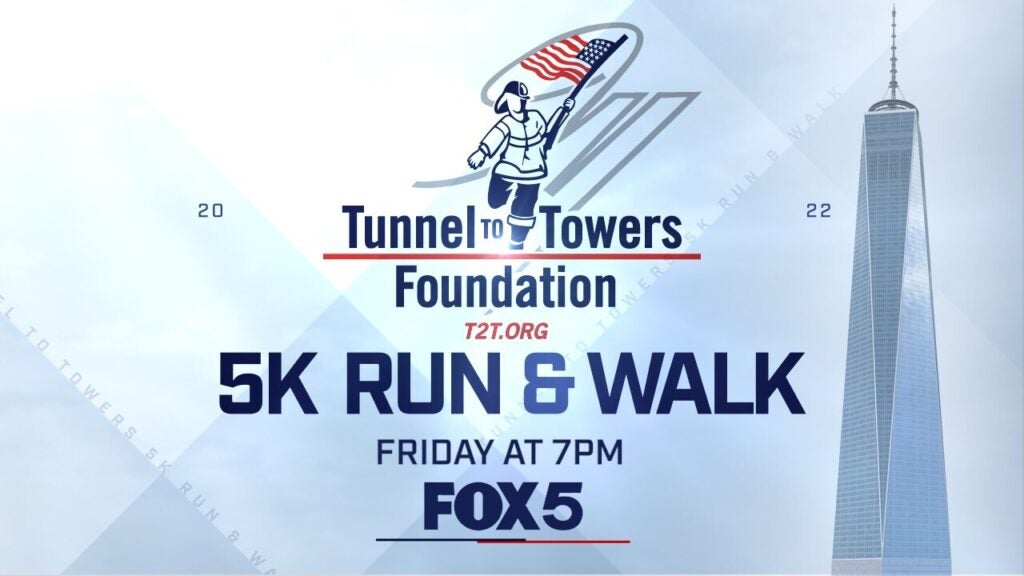 On Friday September 30th at 7PM ET, FOX 5 will premiere the Tunnel to Towers 5K Run & Walk NYC TV special that features the thousands of runners that flocked to NYC from across the country and around New York to participate in the Tunnel to Towers Foundation’s 5K Run & Walk NYC. The 5K retraces the footsteps of FDNY Firefighter Stephen Siller who lost his life on September 11, 2001 after strapping on his gear and running through the Hugh L. Carey Tunnel to the Twin Towers to bring others to safety when America was attacked. 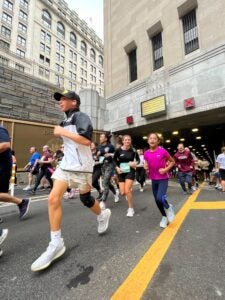 The special will premiere on other FOX-affiliated networks. Please check your local listings for the networks below to watch the premiere of FOX 5’s Tunnel to Towers 5K Run & Walk NYC TV special.

Country music star Dierks Bentley headlined the Tunnel to Towers 5K Run & Walk NYC post-run concert on Sunday September 25th, 2022 after runners crossed the finish line. It was an honor to be amongst our Fallen First Responder home recipients, our Smart-Home Recipients, and our Gold Star Family home recipients. 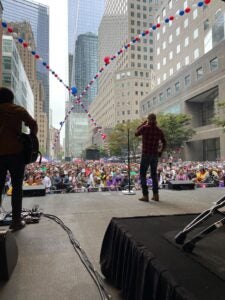 Tunnel to Towers CEO & Chairman Frank Siller sat down for an exclusive 1-on-1 interview with Dierks Bentley prior to the show. The concert took place on the stage on Vesey Street. Dierks Bentley is known for many of his country hit singles like “Beers on Me“, “Women, Amen“, “What Was I Thinkin’” and more. He has released nine studio albums featuring singles that have topped country music charts multiple times. 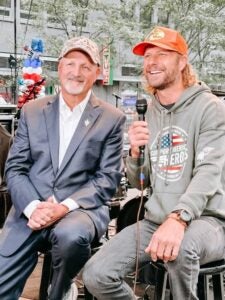 Over 30,000 runners turned out to run in memory of FDNY Firefighter Stephen Siller and in honor of all of America’s fallen heroes who made, and continue to make, extraordinary sacrifices in the line of duty.