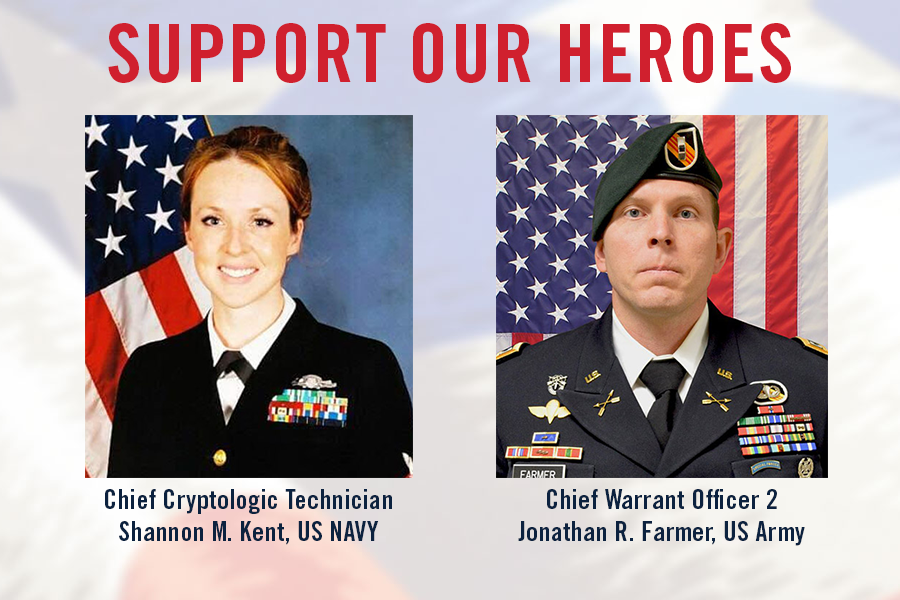 The Stephen Siller Tunnel to Towers Foundation has announced it will honor the memory of Army Chief Warrant Officer 2 Jonathan Farmer by fundraising to pay off the mortgage on his family’s home in Tennessee.

Farmer was one of four Americans killed this January in a suicide bomb attack in northern Syria.

He was a Green Beret and highly decorated member of the Army Special Forces, serving six tours in Iraq, Afghanistan and Syria during his 13-year military career.

He is survived by his wife and four children.

The Tunnel to Towers Foundation will help the Farmer family by providing them with the safety and security of knowing their home will be theirs forever – they will never have to worry about losing their home where they have made so many memories.
Chief Cryptologic Technician Shannon Kent was also killed in the bombing. Tunnel to Towers is also committed to paying off the mortgage on her family home.

Both families are being helped through the Stephen Siller Tunnel to Towers Foundation’s Gold Star Family Home Program.

The program honors those who have made the ultimate sacrifice while serving our country by providing surviving spouses and young children with mortgage-free homes. The Gold Star Family Home Program launched in September, 2018 and has already delivered over a dozen homes. The Foundation is committed to providing 1,000 homes to Gold Star families.

To support our mission and Gold Star Families like Jennie Taylor’s, consider making a donation of $11 per month, today.