2022 Footsteps to the Future Gala

The Tunnel to Towers Foundation’s annual Footsteps to the Future Gala celebrates John Catsimatidis and 77 WABC’s 100th anniversary on December 2, 2022 at the New York Marriott Marquis.

John Catsimatidis and his wife, Margo, are a dynamic couple who have guided the growth of Red Apple Group, which now has holdings in the energy, aviation, retail, real estate, baseball, entertainment and media sectors, employing close to 10,000 Americans. John and Margo are also firm believers in giving back to the community. 77 WABC is a commercial radio station owned and operated by John and Margo. Under their leadership, it went from 28th in the market to 4th and recently celebrated its 100th anniversary and the impact it has had on the lives of its listeners. 77 WABC is also the official news-talk partner of the Tunnel to Towers Foundation.

Thank you to John and Margo Catsimatidis, 77 WABC and its many supporters, who have joined us on our mission to do good in honor of America’s heroes. We are immensely grateful for you all.

The Foundation is also thankful for the support of all of our sponsors, who help us forge these Footsteps to the Future. 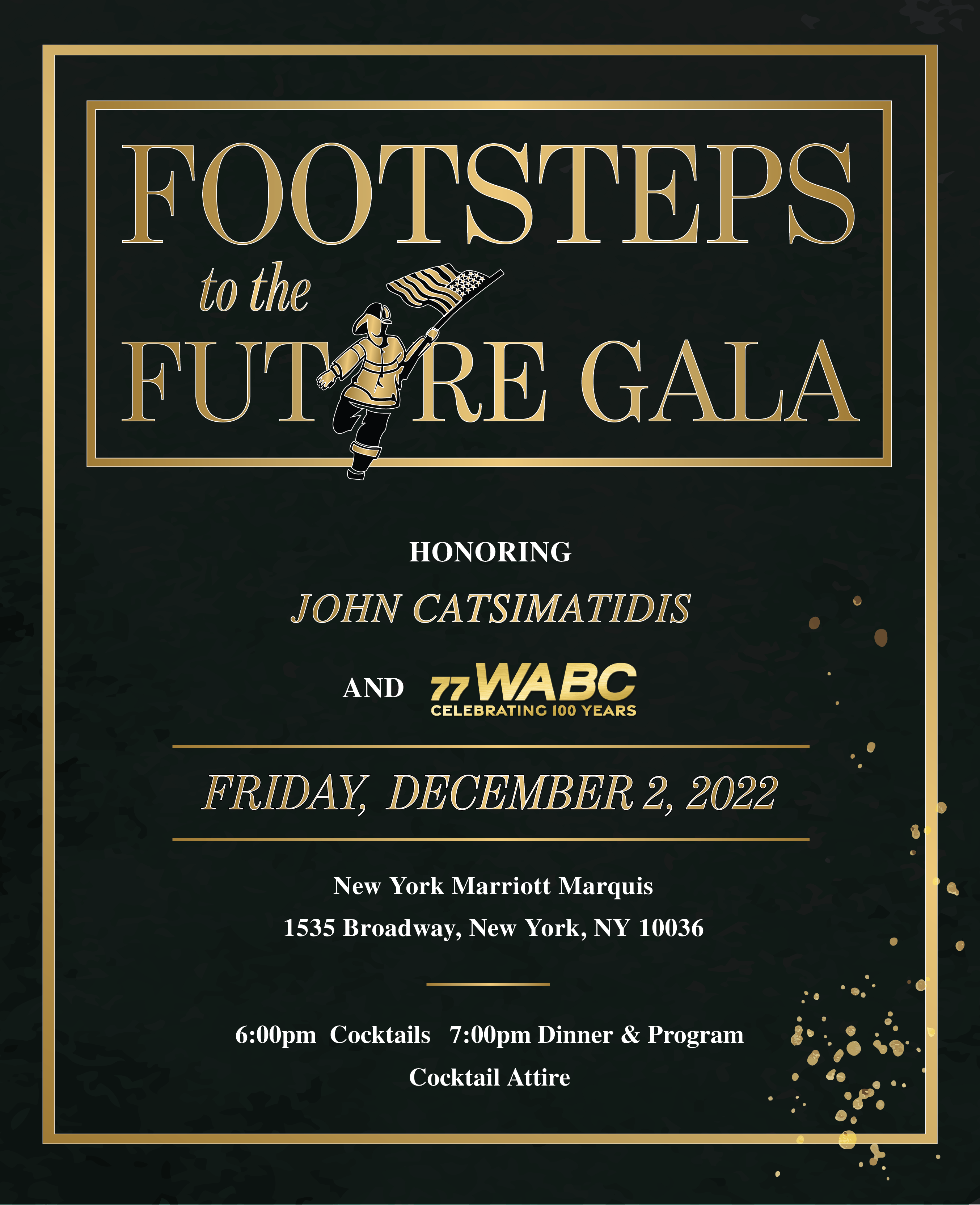 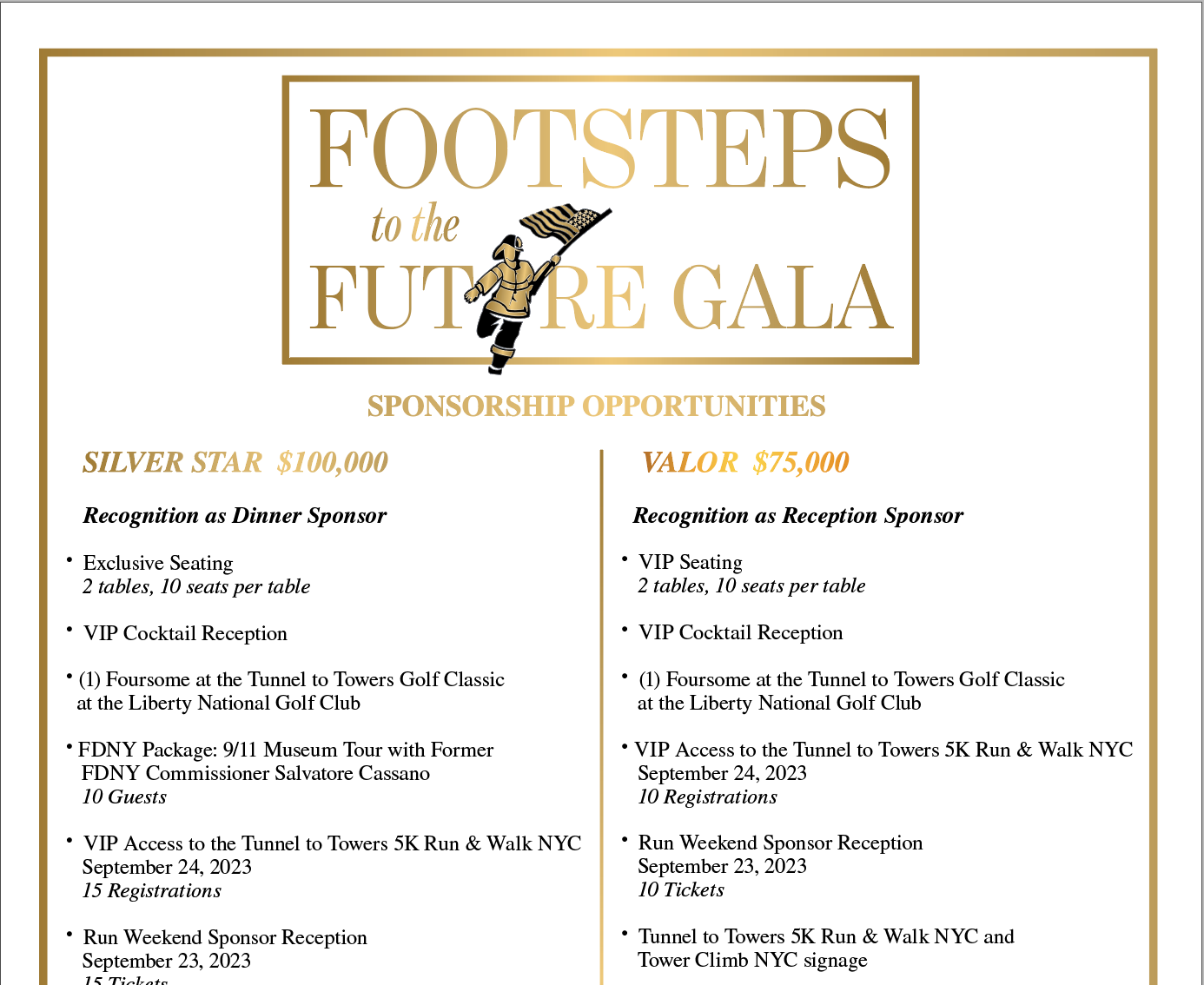