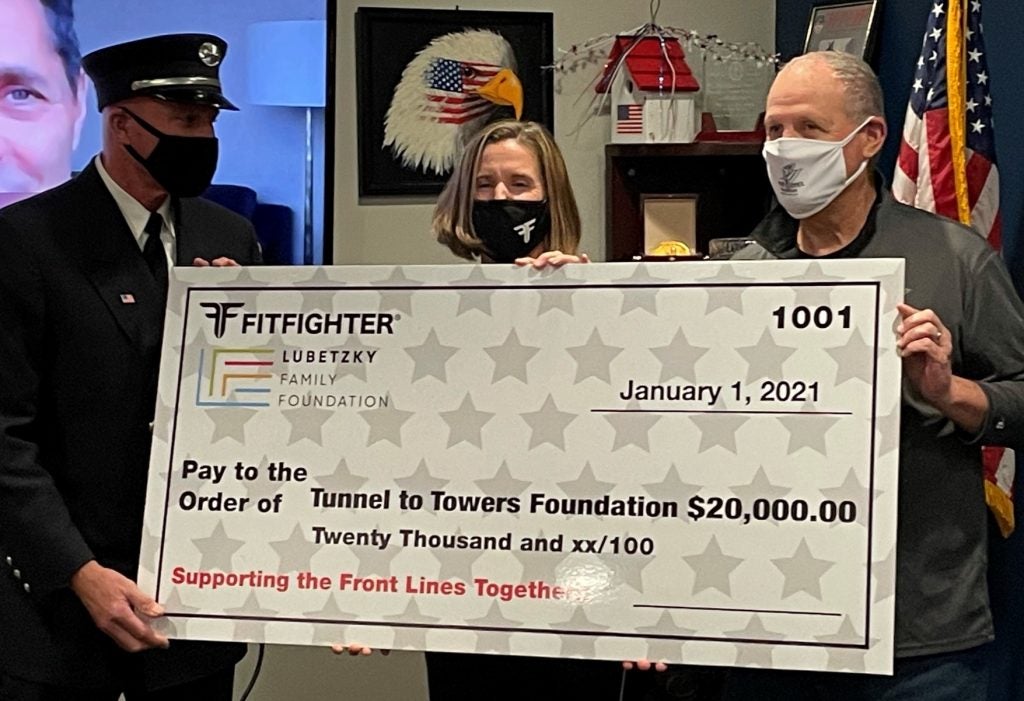 On Friday, FitFighter Founder and CEO Sarah Apgar delivered on her company’s promise to support our nation’s military and first responders by delivering a $20,000 check to the Tunnel to Towers Foundation.

“This is a very special milestone for me in our mission to support veterans, first responders and their families,” said Apgar.

In a video message, Lubetzky, KIND Snacks Founder, said “I’m very touched and grateful for the service and sacrifice of our nation’s military and from first responders who risk their lives every day to keep us safe. I commend Tunnel to Towers Foundation for their important work.”

Apgar, who is an Iraq War Veteran, first became involved with Tunnel to Towers when she served as a volunteer firefighter at the Halesite Fire Department on Long Island.

There she ran the iconic Tunnel to Towers 5K, which retraces the final footsteps of firefighter Stephen Siller who ran from Brooklyn through the Hugh L. Carey Tunnel to Ground Zero, where he laid down his life to save others on September 11th. 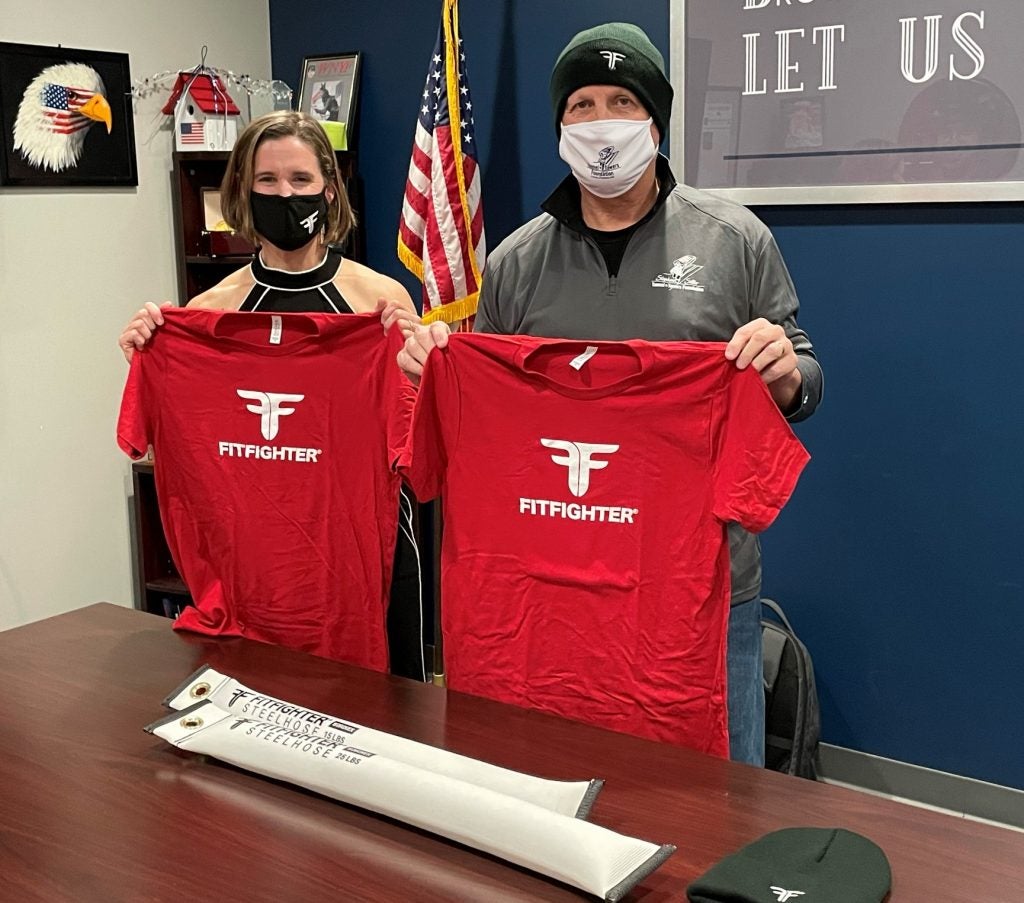 The Foundation’s mission to support our nation’s veterans and first responders struck a chord with the Army veteran and firefighter.

“When we launched the company we wanted to have a charitable partner who is going to reflect our mission and roots. It felt like the work of the Tunnel to Towers Foundation was a perfect alignment, not only with the company but with my life” said Apgar. 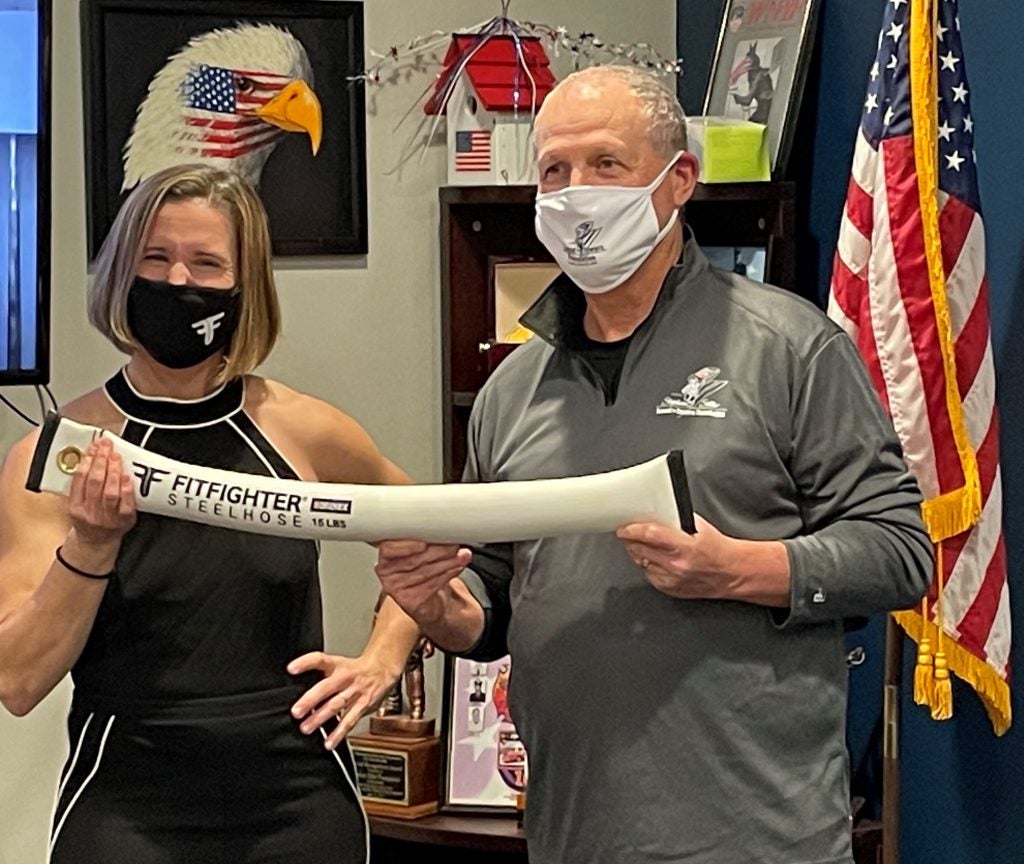 Tunnel to Towers CEO Frank Siller thanked Apgar not only for the donation but for her support of our nation’s heroes, “This is a tremendous donation. More than that, it is people like Sarah, who put her life on the line to keep us safe as a soldier and firefighter. Now as a CEO she continues to support those who are willing to make the ultimate sacrifice.”

2021 is the 20th anniversary of the Tunnel toTowers Foundation, and to honor that milestone, the Foundation has promised to deliver 120 mortgage-free homes to our nation’s heroes. This donation will help the Foundation reach this ambitious goal.

You can join Tunnel to Towers’ mission to provide mortgage-free homes to the families of fallen first responders, injured veterans, and Gold Star families by donating $11 per month at t2t.org.