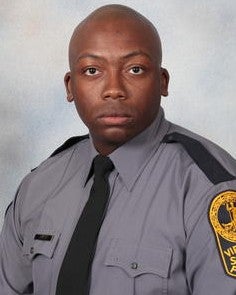 Trooper II Trooper II Nathan-Michael Smith was killed in the line of duty when he lost control of his cruiser while rushing to assist another trooper.

The 27-year-old had been with the Virginia State Police for just over a year.

He left behind his wife Jennifer and two children.

The Tunnel to Towers Foundation paid off the family’s mortgage in July 2021 in honor of Independence Day.

“I am brought to tears when thinking about our home being paid off by the Tunnels to Towers foundation. This was our first home together that we worked and prayed to get for years so when Nate passed just having been in the home less than one year it was devastating. Not only the financial burden we had just embarked upon with two young children, but that he wouldn’t get to live in the dream house that we worked so hard to purchase. So now being able to say that I will not have the burden of paying the monthly mortgage as a single parent is just breathtaking. We can now just enjoy what has been provided to us through so much sacrifice,” said Jennifer Smith.