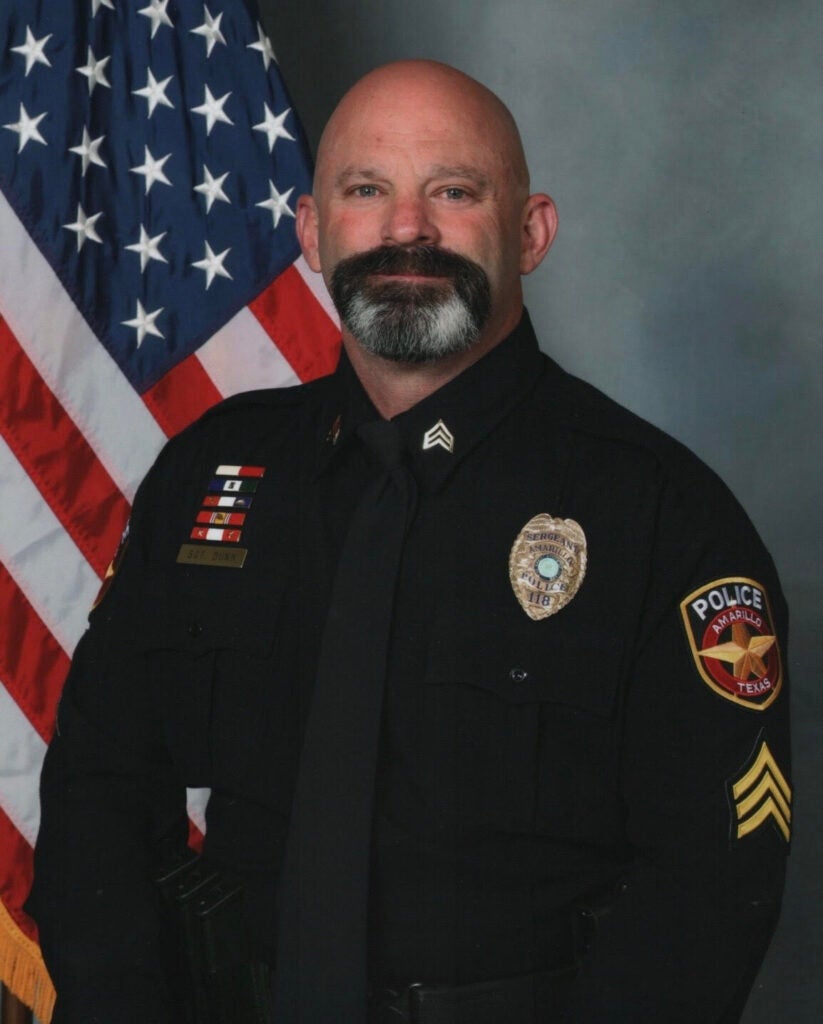 Amarillo, Texas Sergeant Michael David Dunn died on October 22nd, 2021 from complications as a result of contracting COVID-19 in the line of duty.

Dunn was born in Hutchinson, Kansas and raised in Amarillo, Texas. He graduated from Amarillo High School in 1988 where he excelled as a member of the varsity wrestling team. He became the Division 6 AAU National Wrestling Champion in 1987 and the Division 6 Texas State Wrestling Champion in 1988. Immediately following high school, Dunn enlisted in the United States Marine Corps, serving tours in Okinawa, Saudi Arabia, Kuwait, Iraq, and Somalia. Dunn was honorably discharged from the U.S. Marine Corps as a Sergeant in December of 1994.

Upon his return to Texas, Dunn attended Central Texas College where he enrolled in criminal justice administration classes. He then continued his studies at Amarillo College before beginning his extensive career with the Amarillo Police Department. Dunn became a patrol officer in 1995 where he trained in firearms, narcotics, basic SWAT, interview, and interrogation. In 1999 Dunn left the police force to pursue business opportunities but soon realized that his calling in life was law enforcement. He returned to the force in 2004 and received a promotion to the Detective Division of the Robbery Squad in 2013. Following his promotion, Dunn was assigned to the Special Crimes Unit as a homicide investigator where he served until his death in October 2021, demonstrating an astounding 100 percent clearance rate. Dunn received numerous awards including but not limited to, the Certificate of Merit in 2006 and 2018, the Life-Saving Award in 2007, the Good Conduct Award in 2017, and the Amarillo South Rotary Police Officer of the 4th Quarter of 2020.

Dunn was very involved in his community; he spent 14 seasons as a soccer coach for Kids Inc and the Amarillo Soccer Association. He also served 11 years as a den leader and Cubmaster for the Pack 7 Cub Scouts, Assistant Scoutmaster, Merit Badge Counselor, and High Adventure Leader with Troop 10 of the Boy Scouts of America.

Sergeant Michael David Dunn is survived by his wife, Delonda, and their four children, Bailey, Reagan, Michael, and Chloe. 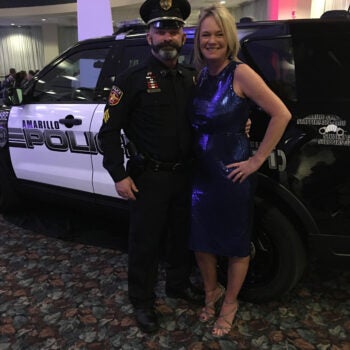 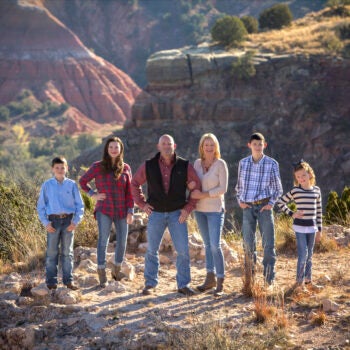