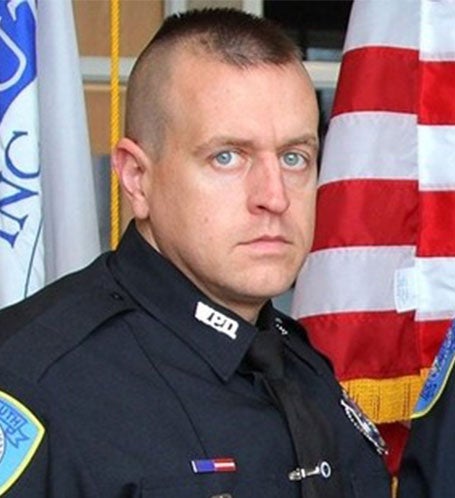 Sgt. Chesna (posthumously promoted) was shot and killed in the line of duty on Sunday, July 15, 2018 after responding to reports of an erratic driver. The assailant attacked Sgt. Chesna, striking him in the head with a large rock, disarming him and shooting him in the head and chest before fleeing the scene. Sgt. Chesna was a U.S. Army veteran and a recipient of the Purple Heart. He served with the Weymouth Police Department for six years. Sgt. Chesna is survived by his wife, Cynthia, and two children, Olivia and Jack. Tunnel to Towers paid off the family’s mortgage.