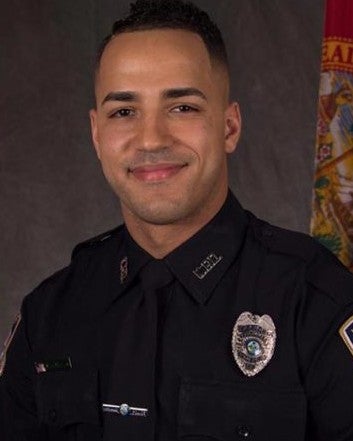 Officer Matt Baxter of the Kissimmee Police Department was shot and killed on August 18, 2017, while responding to a call on patrol.

Baxter was a three-year veteran of the department and served the community alongside his wife, Sadia, a detective at the Kissimmee Police Department when he was killed in the line of duty.

Along with his wife, Baxter left behind four daughters: Sariah, Isabella, Zarah, and Sofia.

The Stephen Siller Tunnel to Towers Foundation paid off the Baxter family mortgage in July 2019.