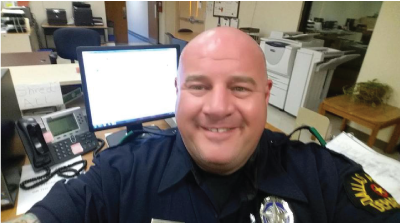 Lorne Ahrens was an affectionate, open-hearted friend, husband, and father of two. He had been with the Dallas PD for 14 years and is survived by his wife, Katrina; a Dallas PD detective.