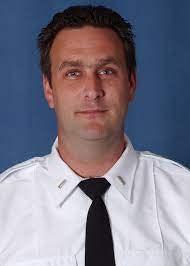 He was appointed to the FDNY on October 21, 1990, retiring in 2010 as a Lieutenant with Ladder Company 6 after 20 years with the FDNY. He spent 72 hours at Ground Zero immediately following the 9/11 attacks and worked at the site for weeks.

LT Stach Jr. is survived by his wife JoAnn, and their 5 children.