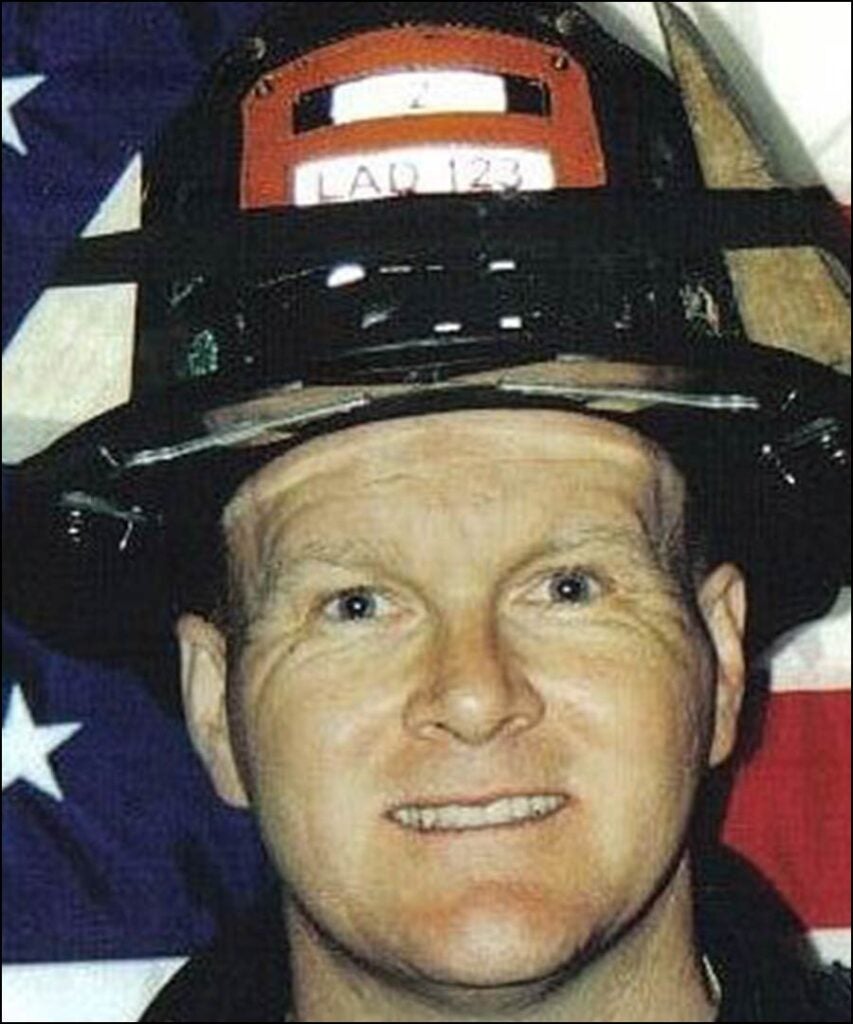 FDNY Firefighter John F. McNamara died on August 9, 2009, due to cancer that he developed following his assignment to the search and recovery efforts at the World Trade Center site following the 9/11 Terrorist Attacks.

In 1999, John proudly joined the ranks of New York’s Bravest by becoming a New York City Firefighter. He was assigned first to Engine 220/Ladder 122 in Park Slope, Brooklyn, then Engine 234/Ladder 123 in Crown Heights, Brooklyn. John was also a volunteer firefighter in Blue Point, NY, after Jenn and John moved there in 2003.

McNamara, who was 44 at the time of his death, worked about 500 hours at Ground Zero. He also was one of the first to join the FDNY’s rescue mission to New Orleans after Hurricane Katrina.

John was diagnosed with 9/11 related stage 4 colon cancer in 2006 when his wife was pregnant with their first child. John is survived by his wife, Jennifer, and their son Jack.