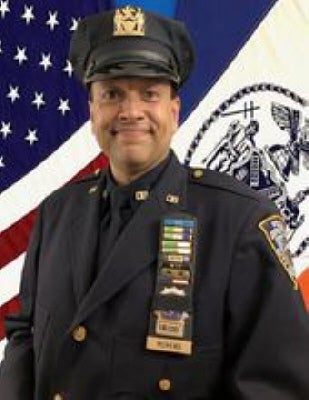 George began working for the NYPD in 1990 and was a 31-year veteran with 533 arrests in his career, 17 EPD (Excellent Police Duty) medals, and 3 MPD (Meritorious Police Duty) medals. After eight years with the 50th Precinct in the Bronx, Moreno was promoted to Detective in Bronx Narcotics in March 1999, followed by promotion to the Bronx Gang Squad in July 1999.

While working on the Bronx Gang Squad, Moreno was shot in the Line-of-Duty in July 2001 and returned to work a few days later. Moreno was working at the Detectives Bureau Operations Unit, Chief of Detectives Office, up until his death this past July.

George is survived by his wife, DanDai, and his five children.