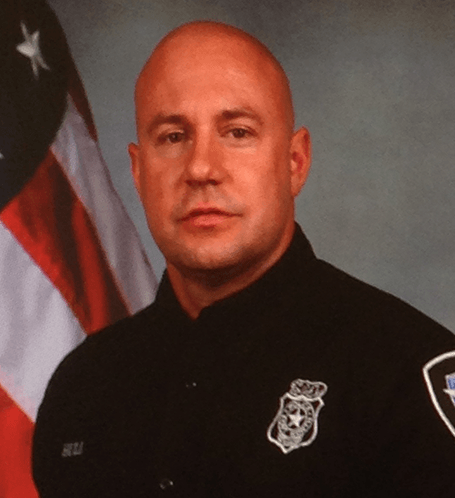 While attempting to arrest three serial robbers, Fort Worth Police Officer Garrett Hull of Fort Worth, Texas, was shot and killed on September 14, 2018.

Hull and the undercover unit had been tracking the suspects when they robbed a bar and its patrons. According to Fort Worth Police Chief Joel Fitzgerald, the Hull and his team pursued the robbers and that’s when at least one of them opened fire, tragically ending Hull life.

During his 17 years in the FWPD, Hull served in specialized tactical units including the Special Response Team, Narcotics Division, and Tactical Intelligence Division.

An avid outdoorsman, he was also a devoted husband, father, son and brother. He is survived by wife, Sabrina Hull and two daughters, Jordan and Tristen.

The Tunnel to Towers Foundation paid off the family’s mortgage in December as part of its Season of Hope home giveaway.