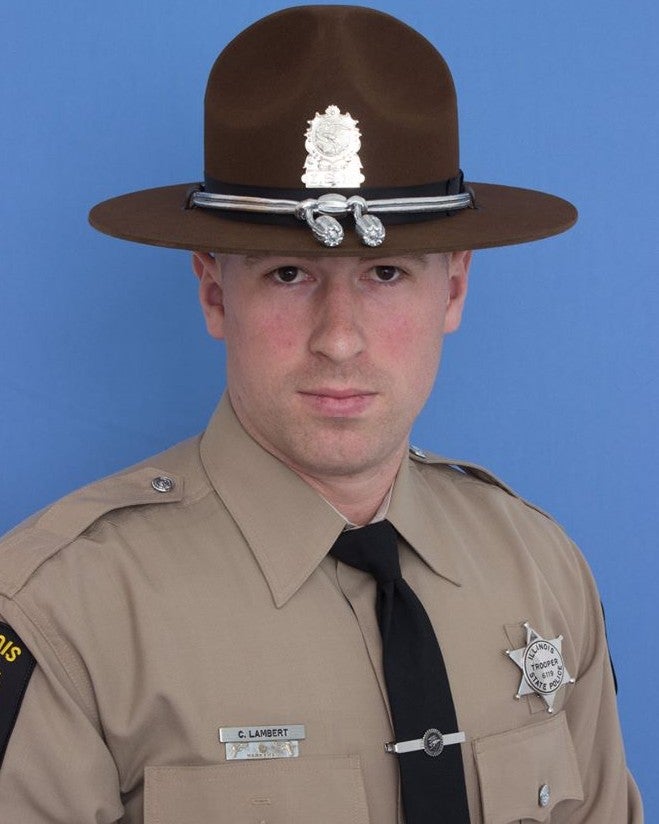 Illinois State Police Trooper Christopher Lambert was struck and killed by a vehicle while working the scene of an earlier crash.

Chris served five years in the U.S. Army including two tours of duty in Iraq and Haiti and an additional three years in the Army Reserve before joining the Illinois State Police.

He is survived by his wife Halley Martin; and two daughters Delaney and Callen, who was born seven months after her father was killed.

The Tunnel to Towers Foundation paid off the mortgage on the family’s home as part of its 2020 Season of Hope.