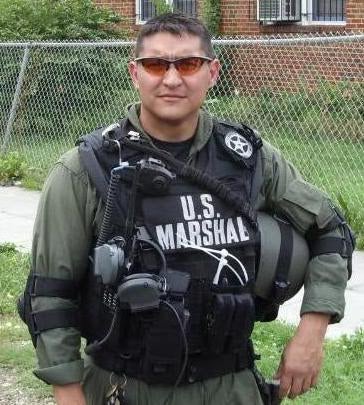 Deputy U.S. Marshal Christopher Hill was shot and killed in Harrisburg, Pennsylvania on January 18, 2018 while attempting to serve an arrest warrant with other members of the Middle Pennsylvania Fugitive Task Force. Deputy Marshal Hill, a U.S. Army veteran (1993-1996), served with the United States Marshals Service for 11 years, and was a member of the agency’s Special Operations Group. He is survived by his wife, Sylvia, and their children, Travis and Ashlynn. Tunnel to Towers donated and raised funds pay off the family’s mortgage.