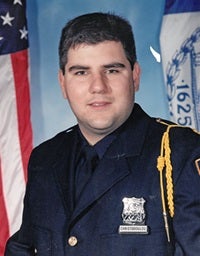 Sergeant Christopher Christodoulou passed away on September 16, 2017, from 9/11-related cancer.

Sergeant Christodoulou was part of the NYPD counterterrorism unit and worked at ground zero after the terrorist attacks on the World Trade Center on Sept. 11, 2001.

He is survived by his wife, Melissa; and his three children.