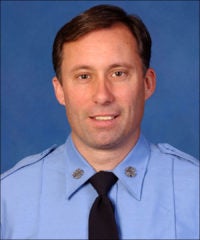 FDNY Firefighter Charles Jones III passed away due to 9/11-related cancer on January 29, 2013.

Firefighter Jones III started his career with the FDNY in October 1992. He also served as a member of the West Sayville Volunteer Firefighter Department.

He is survived by his wife, Leigh Anne, and their three children.