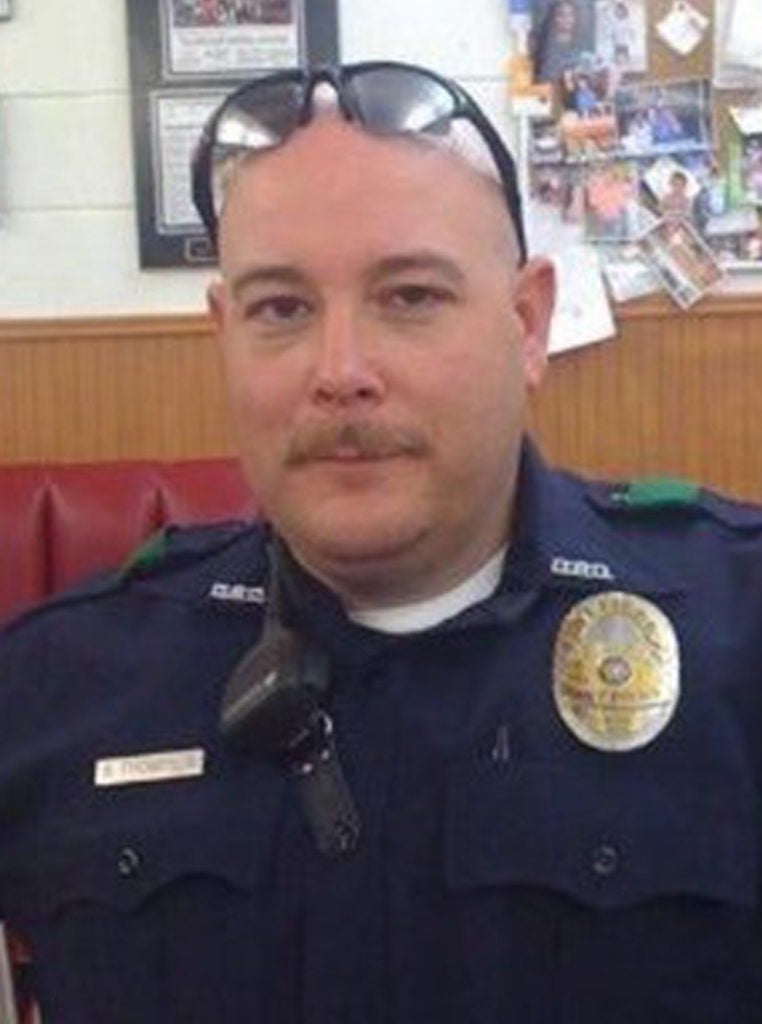 Dallas Area Rapid Transit (DART) police officer, Brent Thompson was a husband, who got married only two weeks before his death to another officer.  He is the first DART officer to be killed in the line of duty.