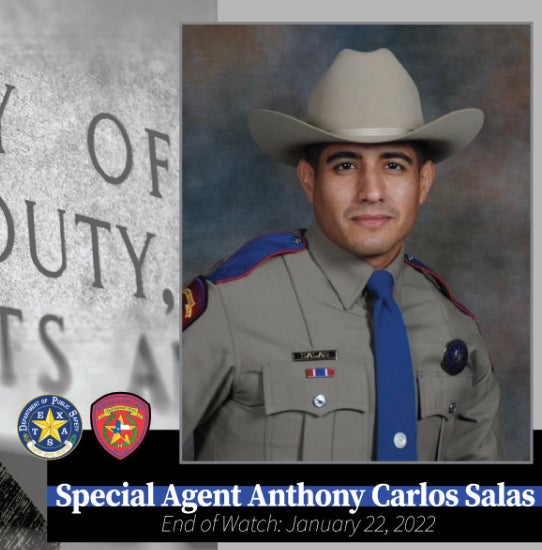 Department of Public Safety Special Agent and former United States Marine Anthony Carlos Salas lost his life while working tactical operations with the U.S. Border Patrol, where he was involved in a car crash while transporting illegal immigrants on January 21st. Salas succumbed to his injuries at University Hospital in San Antonio the day after.

Salas was a devoted family man who loved his wife and children profoundly. ​​He is remembered for his passion and zest for life. Salas served his community and upheld his duty, demonstrating incredible bravery in protecting the great state of Texas. Salas leaves behind his loving wife, Lizzett, and three children: Alessandra, Isabella, and Luke. 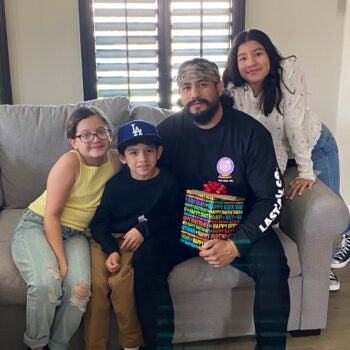 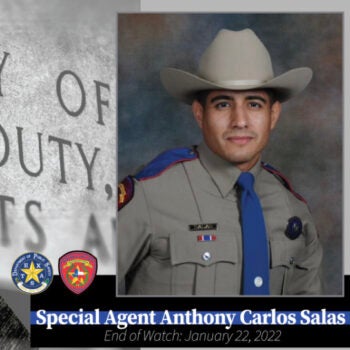 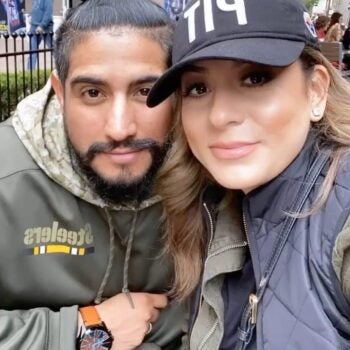