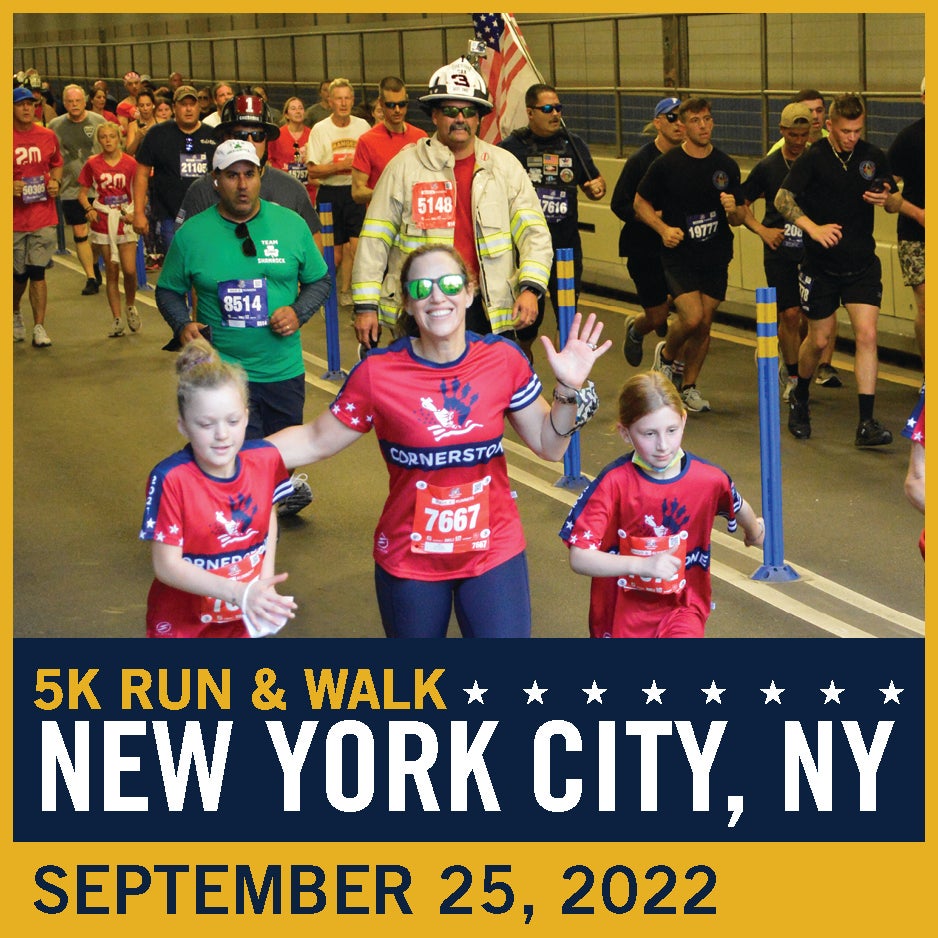 The Tunnel to Towers 5K Run & Walk in New York City is held each year on the last Sunday of September. What began with 1,500 people in 2002 is now considered by many to be one of the top 5K runs in America.

The event symbolizes Stephen Siller’s final footsteps from the foot of the Battery Tunnel to the Twin Towers and pays homage to the 343 FDNY firefighters, law enforcement officers, and thousands of civilians who lost their lives on September 11, 2001.

Proceeds from the event support the Foundation’s programs, including those benefitting first responders, and catastrophically injured service members.