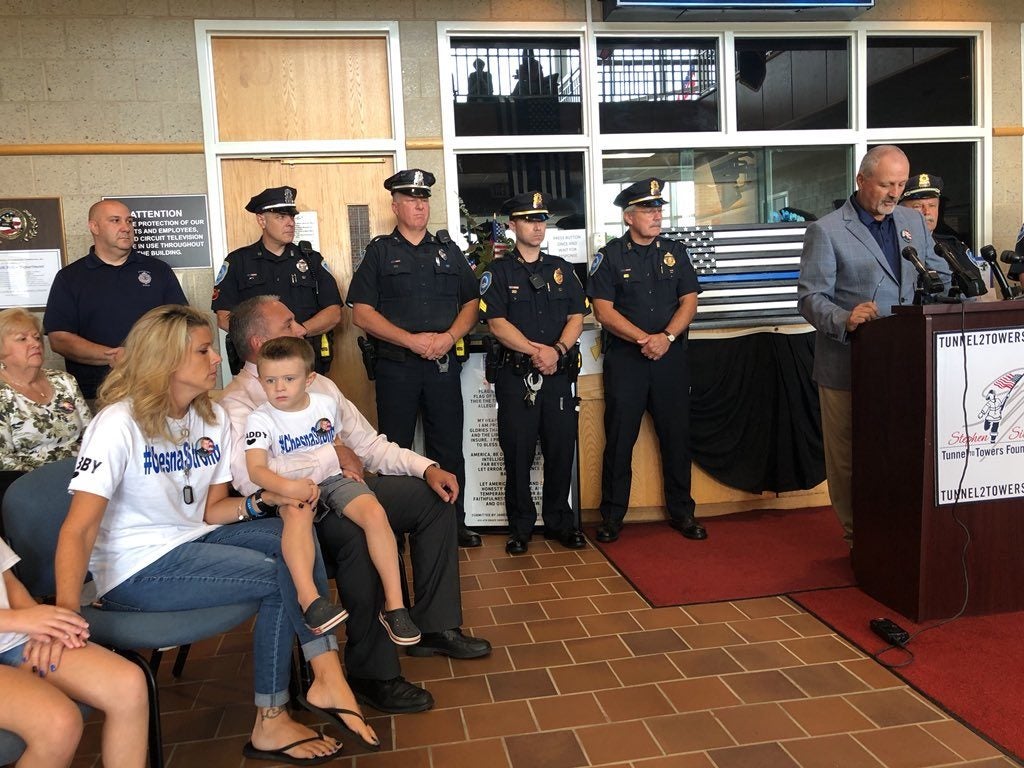 Sitting in the lobby of the Weymouth Police Station where her husband served and protected the community, Cindy Chesna received the news that people from around the world had come together to help pay off the mortgage on her home in full.

Sgt. Michael Chensa was killed in the line of duty on July 15. Days later, Frank Siller, Chairman and CEO of the Stephen Siller Tunnel to Towers Foundation, made a promise to Cindy Chesna and her two young children Jack and Olivia that the Foundation would pay off the mortgage of the family’s home.

In just a few short weeks, the Tunnel to Towers Foundation was able to return to Weymouth and tell Cindy and her two young children Jack and Olivia that we have kept our promise. 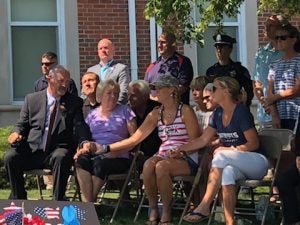 “We can’t change what has been done, but we can make it better by coming together to lift the families up,” Siller said. “My brother and Michael, they don’t want us to be unhappy. They want us to live life to the fullest and that’s the way we honor these heroes.”

The outpouring of support for the Chesna family came from their neighbors, local businesses and from individuals all over the world. After Tunnel to Towers announced it would donate the initial $100,000 to pay off the family’s mortgage, support came in from every state, Canada, the U.K., Israel, the Philippines and Costa Rica.

“I just want to thank the community for everything they’ve done for my family and my children. I can’t express enough thank to everybody,” said Cindy.

It was the generosity of local businesses that pushed the foundation to its fundraising goal. PECO Real Estate Partners, the owners of the Hanover Mall, donated $25,000. The City of Boston Credit Union and Boston’s Run to Remember donated the final $21,000 to bring the campaign to a successful end.

Through its Fallen First Responder Home Program, the Tunnel to Towers Foundation pays off the mortgages of the families left behind when a firefighter or police officer is killed in the line of duty. Since 2015, the Foundation has given $7 million to ensure 27 families have the security and stability of a mortgage-free home.

To support our mission and first responders just like Sgt. Chesna, donate today.